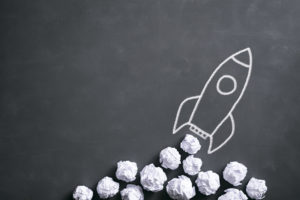 Blank-check companies are proving that they are willing to pay big bucks for high-growth portfolio companies in pockets of healthcare, and the disconnect between the values assigned by SPACs and traditional private equity buyers hasn’t gone unnoticed.

Case in point: InTandem Capital Partners’ Cano Health, which has been transformed into a 70-center primary care network for seniors from a two-clinic South Florida operation in about four years. Cano is now on its way to the public markets after agreeing to merge with Barry Sternlicht’s Jaws Acquisition Corp. in November at a $4.4 billion enterprise value.

Representing one of healthcare’s largest announced SPAC deals this year, the pending transaction is poised to lead some GPs who aren’t already looking hard at SPACs “to say ‘Whoa, I need to look at this and get smarter about SPACs as a possible exit route,'” John LeClaire, co-founder and co-chair of Goodwin Procter’s Private Equity group, told PE Hub in a recent interview. Goodwin represented Cano on the deal.

The transaction, expected to produce up to $1.49 billion of gross proceeds funded by a fully committed PIPE of $800 million and up to $690 million from the Jaws trust, blew any previous expectations out of the water. Private equity and investment banking sources characterized the recent announcement as shocking, considering the business only days earlier was expected to produce a traditional private equity buyout valued in the $1 billion to $2 billion range, PE Hub reported.

“With the notion that there’s a liquidity option out there at valuations like Cano’s, regular way PE buyers may worry – ‘How am I going to ever buy anything at that price?!’” That said, LeClaire cautioned, “it’s hardly a one-size fits all type of thing. A number of favorable things coalesced for Cano.”

For example, the structure is not for those who want to fully cash out; Cano’s current owners are expected to retain 65 percent of the business.

Cano, a primary care provider for seniors in the fast-growing Medicare Advantage market, originally planned to pursue a classic buyout by a larger PE sponsor; it was very late in the process that the SPAC idea was introduced, added LeClaire’s colleague, Chris Wilson, partner and co-chair of the firm’s healthcare practice.

“It wasn’t intended at the outset to say ‘Let’s do a dual-track with private equity on one side and SPACs on the other side.'” As a legal matter, Wilson said, the board had to consider the option when Jaws made an approach: “It came together at a very rapid pace.”

“With a $4 billion equity valuation in reach, the de-SPAC transaction went from idea to signed agreement very rapidly,” LeClaire said.

The deal also pushes an under-the-radar private equity firm into the big leagues. It was only in January 2017 that Elliot Cooperstone’s InTandem backed Cano, buying the pair of initial primary care clinics that formed the platform for roughly $30 million, Cano CEO and founder Marlow Hernandez told Inc. magazine in 2019. Hernandez, a Cuban immigrant, founded the business in 2009.

The value Cano has today – starting from a modest start four years ago – “is a pretty excellent and romantic thing, especially for such a patient-centric enterprise with a CEO/founder like Dr. Hernandez,” LeClaire said.

The billion-dollar question investors have been asking themselves: How does a SPAC achieve such a high valuation relative to what you see in the PE world? “My phone has been alive with that question,” Wilson said. The answer? “It’s the PIPE investors who are really crystalizing the valuation,” he said.

In other words, by virtue of the PIPE, selling shareholders can achieve a high degree of certainty and predictability around valuation.

Whereas PE sponsors looking at Cano are stress testing earnings and applying a market multiple, the PIPE investors are more focused on the future potential of the company and therefore thinking about the business value as a multiple of future revenue, Wilson explained. “The PIPE investors are just underwriting to a different metric,” Wilson said.

In contrast to the private equity-focused sale process, which led to a big debate over what real EBITDA is worth, Jaws valued Cano off of a 3.1x multiple of its estimated 2021 revenues of $1.45 billion.

Should you consider the $83 million in 2021 estimated EBITDA quoted by Cano in its investor presentation, that would translate into a whopping EBITDA multiple north of 50x – a multiple unheard of for a typical PE acquirer in the healthcare market.

The strong performance of Cano’s recently public primary care peers has certainly invigorated investor interest. Jaws, for its part, has not been shy about quoting Oak Street Health as a comp – which despite its performance remains unprofitable in contrast to Cano.

“That really got the attention of Jaws and Barry – they saw the numbers, recognized it was a superior asset. When they met Dr. Hernandez and they were able to see his vision, it sealed the deal,” Wilson said.

According to market sources, private equity-owned businesses in other segments of healthcare services are expected to consider the SPAC route in coming months. Bankers and private equity investors have pointed to portfolio companies in home care and physical therapy as likely SPAC targets, pointing to public company comps that have gone through the roof.

For example, Ares Management’s Unified Women’s Healthcare not only drew interest from several large buyout funds in a competitive process; a SPAC route was also a serious consideration before Altas Partners was ultimately selected to join the investor base, sources previously told PE Hub.

Cano, for its part, had some unique attributes going for it when the SPAC emerged as an option.

Goodwin helped Cano design a structure at the time of its formation that left open the possibility of an “Up C” public company, “but not because we thought the company would go public,” LeClaire said.

In an Up-C structure, private equity firms form or continue businesses in a partnership structure as opposed to converting the company to a C corporation. In an Up-C IPO, the structure allows pre-IPO investors to capture additional cash returns (beyond the gains of equity stake sales), so long as the profitable business remains in tax pass-through form as an LLC or LP.

Unforeseen at the time, the structure ultimately added further appeal to InTandem and CEO Marlow Hernandez when the SPAC route was chosen, LeClaire said.

To put it lightly, SPACs, once obscure, have evolved into a mainstream vehicle. A record 210 SPAC IPOs have raised a combined $72.4 billion this year so far – up from 59 IPOs totaling $13.6 billion in 2019, according to data from SPAC Research.

“There are high-quality people doing SPACs,” LeClaire said. “It’s a surge, but like a lot of things, the question is how will it all hold up in the market as a solution for good, growing companies?”

The rise and fall of SPACs will depend on how PIPE valuations actually hold up when the stock hits the market, according to Wilson.

“If you see multiple PIPEs where valuation is sky high [and] if they start to crash as a function of the quality of the company – when you have that disconnect, then you lose the single [largest] benefit: the degree to which you can set valuation. That’s what people really need to keep an eye out for. If you start to see a disconnect, then I think you’ll start to see the beginning of the end.”

As for Cano, the quality that has been committed to the PIPE validates that credibility, especially in an environment encompassing more SPACs in the market than there have ever been, Wilson added: “You have Fidelity, Blackrock, Maverick stepping up – this is a blue-chip broad base, and it’s a huge PIPE.”

“That leads you to healthcare,” Sternlict told CNBC. “I actually called a friend of mine at a company I invested in called Devoted Healthcare, a very fast-growing insurance company, and I ran by him a bunch of different names in healthcare. When we got to Cano, he said ‘Stop, that’s a really great company; if you can do something with them you should do it.'”