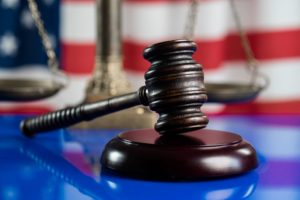 K1 Investment Management-backed Onit, an enterprise legal software provider, snapped up Bodhala in a bid to amplify its product offerings, increase its customer base and expand the team.

Houston-based Onit develops business workflow software that streamlines legal processes. Adding Bodhala “gives you analytics on what the bill should be,” said Raj Goyle, a lawyer turned entrepreneur who will continue on in his role as CEO of Bodhala.

Staying independent was key for the New York-based technology startup. Prior to running a sale process, Bodhala was on a Series B fundraise trajectory, Goyle said. “We ended up choosing Onit because they have a tremendous amount of resources and high commitment to the business,” he explained.

Talks between K1-backed Onit and Bodhala have been in the works for two years. “We [Onit CEO and co-founder Eric Elfman and Goyle] met in the summer of 2019,” Goyle said. The dialogue did not lead to a deal right away, as Bodhala wanted to further grow its technology and customer base. “We are a more mature larger business now,” Goyle said.

In April 2020, Bodhala raised $10 million in Series A funding led by Edison Partners, which targets companies in the $5 million to $25 million revenue range. In the nearly 18 months leading up, Bodhala experienced 400 percent growth in revenue and headcount, according to the firm.

Meanwhile, enterprise software maker Onit recorded 36 percent growth in revenue over the past year and three-year revenue growth of 405 percent, according to a Houston Journal article published in February.

For Onit – which K1 bought from former owner Level Equity – the acquisition opens the door to cross-selling opportunities into Bodhala’s customer base, which is largely comprised of PE firms.

“Bodhala brings intelligence to the billions of dollars that we process in legal invoices,” Elfman wrote in an email. Additionally, Onit gives access to a store of data that would take Bodhala years to build, he said.

Although Bodhala will be part of the Onit family, its products won’t be integrated. “Eventually, we’ll be a one-stop-shop [for legal-tech offering],” Goyle said.