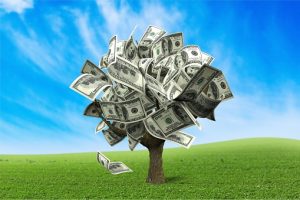 K1 Investment Management is set to generate 26.1 times its money on the recent sale of cybersecurity software provider Checkmarx, a source familiar with the deal terms told PE Hub.

Representing the largest acquisition of an application security company to date, a consortium led by Hellman & Friedman, joined by TPG, completed the $1.15 billion deal for Checkmarx, a previous April 16 announcement said.

Both Insight and K1 rolled over a portion of their equity stake to remain minority stakeholders in Checkmarx alongside TPG.

Checkmarx, based in Ramat Gan, Israel, makes software that identifies, fixes and blocks security vulnerabilities in web and mobile applications.

K1, a Los Angeles-based firm that specializes in B2B software investing, invested in the company in 2013, at which point Checkmarx served fewer than 200 customers.

The company in the period since has grown revenues more than tenfold and increased its customer base to more than 1,400. Today Checkmarx serves 40 of the Fortune 100 companies and 25 of the Fortune 50.

Insight Partners joined K1 as an investor in the company in June 2015, injecting $84 million into Checkmarx.

For TPG, Checkmarx represents its second deal in the software application sector in recent weeks.

The firm recently announced the launch of a new platform called Digital.ai, which aims to offer a wide range of tools for software developers, PE Hub reported. The formation of Digital.ai came in connection with its recent acquisition of Arxan Technologies.

TPG and H&F plan to grow Checkmarx by scaling its cybersecurity capacities and transforming it into a next generation cybersecurity platform for the DevOps sector, another source said.

In the future, Checkmarx and TPG’s Digital.ai may work together by creating a commercial partnership, where customers of Digital.ai are offered access to Checkmarx, and vice versa, the second source said. Should the pair of companies partner, the platforms would remain independent investments, the person added.