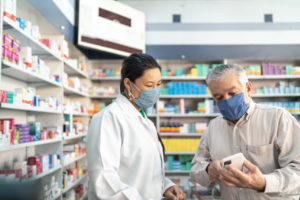 Kinderhook Industries is seeking a buyer for Avita, the country’s largest independent, covered-entity pharmacy services company, according to four sources familiar with the sale process.

Centerview Partners is providing sell-side financial advice on the process, which is entering its second round, sources said. Final bids are expected in mid-May.

Besides significant sponsor interest, sources have said there could be a lot of strategic interest in the asset from the healthcare insurance companies and HMOs, plus players like Cardinal Health or McKesson.

The company is marketing adjusted run-rate EBITDA in the low $90 millions, sources said. A process could produce a deal valued north of $1 billion, or at least around 11x off of that EBITDA figure, one of the sources said.

This source and others cited the joint equity investment Shields Health Solutions scored in 2019 from Welsh, Carson, Anderson & Stowe and Walgreens – suggesting it could be viewed as a value comp. Generally speaking, sources said, Shields inspired more sponsors and other buyers to get educated on the 340B program and pharmacy industry.

In the Centerview-run sale process for Shields, which provides integrated, hospital-owned specialty pharmacy care, there was at least one other sponsor-strategic bidder in the running, one person said – suggesting it’s possible a partnership structure is being looked at in this case as well.

Avita, based in Plano, Texas, provides integrated on-site and central-fill pharmacy services tailored to underserved communities and patients with complex conditions. It serves more than 100,000 patients through over 250 covered-entity relationships at 58 pharmacies nationwide.

Perhaps contributing to buyers’ interest, Avita appears to be one of few scale opportunities to invest behind the 340B market. Under a 340B program, eligible hospitals and providers provide care to low-income patients by obtaining prescription drugs from manufacturers at discounted prices. In other words, the 340B program is crucial for many rural hospitals and health systems.

Among the big pharmacy retail chains, Walgreens and CVS are the two biggest participants of 340B’s contract pharmacy locations, with 28 percent and 20 percent market share as of July 2020, according to Drug Channels Institute analysis.

For Kinderhook, the process comes less than two years after the New York private equity firm made its initial platform investment in the business then called PharmedQuest.

The company has expanded significantly since the December 2019 platform deal, with growth buoyed by both organic efforts to add more pharmacy relationships and additional M&A.

Its first acquisition was a $390 million deal for Tailwind Capital’s Long’s Drugs, through which it created Avita.

Avita then scooped up Paramount Specialty Pharmacy and PharmBlue Holdings in mid-2020. The pair of deals were each valued below $50 million, pushing the platform’s total revenue upward of $1 billion, a source told PE Hub at that time.

Kinderhook and Centerview declined to comment, while company executives could not immediately be reached.