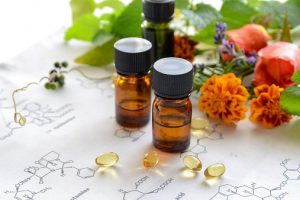 For Carlyle Group, it’s journey with health products company Bountiful took a decade. For KKR, it’s only been four years. But for both firms, their relationships with the company led to a bountiful result.

KKR is set to make north of 3x its investment in approximately four years, whereas Carlyle will generate 2.5x its money over the lifetime of its almost 11-year-long investment, sources told PE Hub.

Majority investor KKR acquired a nearly two-third stake in the branded portion of the business from Carlyle in a deal valued at approximately $3 billion in 2017, according to previous reports and PE Hub sources.

The sale to Nestlé concludes a dual-track process involving dialogue with strategic buyers as Bountiful simultaneously prepared to go public. Although the firms started down the IPO path last year, “as those discussions started becoming more detailed, Nestlé approached them in April,” said the source. KKR and Carlyle did not engage with PE buyers, the source said.

The result? Bountiful ultimately traded hands at a $5.75 billion valuation just a couple weeks after filing an S-1

For Carlyle, Bountiful was not intended to be such a long-hold, having bought the company then known as NBTY through a $3.8 billion take-private transaction in 2010. But patience ultimately paid off, with Bountiful evolving into the largest pure-play nutrition company in North America, producing a strong outcome for both Carlyle and KKR.

“Carlyle had a vision to make Bountiful the largest manufacturing and CPG company [in nutrition],” the source said.

Helping it get there, Carlyle during its ownership executed on a series of operational changes. That included professionalizing the business, streamlining its supply-chain by selling facilities, and focusing on creating a branded product identity over private label operations.

“Carlyle had always known Bountiful would not attract strategic interest unless there’s a team story that they can sell,” the source explained.

Plans to sell Bountiful were always complex, having developed five distinct brands: Nature’s Bounty, Solgar, Pure Protein, Osteo Bi-Flex and Puritan’s Pride. Carlyle attempted a full exit back in 2017, but suitors were interested in individual Bountiful brands and not the company in its entirety, the source said.

Instead, the last process resulted in KKR buying a majority stake in 2017, a month after Bountiful divested the storefront segment to L1 Retail, the retail investment arm of Luxembourg-based LetterOne Holdings. L1 Retail bought Holland & Barrett, Bountiful’s UK-based health and wellness retail chain, for about $2.3 billion or 12x adjusted EBITDA.

KKR transformed the company by bringing in new leadership talent from Amazon and consumer healthcare businesses, as well as investing heavily behind its online strategy.

For example, the firm appointed Paul Sturman, former president of Pfizer Consumer Healthcare, as CEO after working with him during the diligence phase.

“We invested significantly in The Bountiful Company’s e-commerce capabilities, which were largely non-existent when we bought the business,” said Felix Gernburd, managing director at KKR. This playbook aligned with the firm’s broader thesis of investment in technology.

Under KKR, the company also added more than 600 jobs over the course of its investment, Gernburd said.

The S-1 detailed the strategy further: “In the last three years, we [KKR] have invested approximately $400 million in building our brands, including introducing new products, enhancing our marketing strategy and engaging with consumers where they search and where they shop.”

Tailwinds from covid-19, such as consumers’ emphasis on health and wellness, drew new users into the nutritional category with Bountiful generating $2 billion revenue in fiscal 2020, according to the filing.

Much like past bidders, Nestlé acquired pieces of Bountiful, including Nature’s Bounty, Puritan’s Pride, Solgar and Osteo Bi-Flex. The sports, active nutrition, personal care and Canadian OTC brand will continue to operate under KKR and Carlyle. Although, both firms will mostly likely sell their respective stakes before the end of H2.

Clarification: The story has been updated to mention Carlyle’s remaining stake in the business, KKR’s strategy and Paul Sturman’s title.