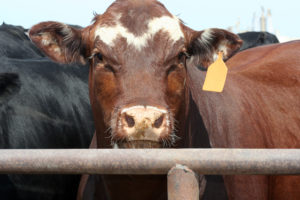 The two firms recently led a $100 million investment in Adopt a Cow, a fast-growing, direct-to-consumer business launched five years ago, a source with knowledge of the matter told PE Hub. Chinese investors Guanghe Investment and Fenghua Venture also contributed just over $1 million in the funding, the source said.

Launched in October 2016, Adopt a Cow handles the full production cycle from dairy farming to milk processing to tech-enabled marketing and selling the product, thereby gaining consumers’ trust on the supply chain front. The business offers a range of milk and dairy products such as cheese sticks, yogurt and milk powder through seasonal and annual subscription cards.

Julian Wolhardt, co-founder of DCP, views Adopt a Cow as a much-needed solution in the region: “It’s no secret China has seen its fair share of food safety issues,” he said.

Besides building a closed loop supply chain, founder Xu Xiaobo also allows consumers to livestream its farms. Wolhardt emphasizes traceability: “In the future we’ll tell consumers the time, date and the batch of cows that produced the milk.”

Xu, a real-estate tycoon, bought his first plot of land in northern China’s Hebei Province for approximately $70 million, creating a massive pasture for more than 10,000 Holstein cows imported from Australia. The business generated over $10 million in revenue in December 2017 – a year after it launched over social media, according to local publication Global Times.

The Adopt a Cow investment comes during a sudden surge in milk consumption in the region.

Chinese lawmakers and healthcare experts advised every person last year to drink at least half a pint of milk to boost immunity. Fueled by the dairy promotion, annual revenues at Adopt a Cow jumped to $220 million last year, up 175 percent from $80 million in 2019, according to the source.

Around that time, Xiabo engaged a financial adviser to raise capital. After meeting with a couple of local investors, Xiaobo asked to meet the investors behind Asia Dairy, said Chris Sun, managing director at KKR. Greenfield-farm Asia Dairy was one of Wolhardt’s deals during the KKR era.

KKR and DCP teamed up for due-diligence of the business, starting discussions in Q3 2020 and ultimately transacting on the proprietary deal. No letter of intent was signed; the deal was based off mutual trust and there was a handshake on key terms, Sun said.

Under one of the terms, according to a source, Xiabo cannot sell a stake in Adopt a Cow until the two parties exit their interest or consent to the sale. There was no talk on price multiples; Xiaobo proposed the $100 million figure and the two parties agreed, the source added.

The minority investment in the direct-to-consumer brand builds on KKR’s long history of wagering on China’s dairy sector, according to Chris Sun, managing director at KKR.

In 2008, KKR injected roughly $150 million into Modern Dairy, marking the firm’s entry into China’s turbulent dairy market. The deal was struck amid the outcry of China’s biggest milk scandal that led to the death of 16 babies, all of whom consumed milk powder laced with melamine chemical.

New York-based KKR in 2014 zeroed in again on China’s growing need for safer, healthier food in the wake of devastating events. That year, it bought a $150 million stake in the meat unit of Cofco Group, shortly after thousands of diseased dead pigs were found floating in Shanghai’s Huangpu river, leading to stricter government regulations.

In the firm’s latest foray into the Chinese food and beverage market, it was Adopt a Cow’s business model that appealed, even though the deal was much smaller than what KKR would have liked, the source added.

Sun underscored KKR’s confidence in the company’s model, which is based off the online penetration of dairy products.

“We almost view this [Adopt a Cow] as a tech-enabled consumer brand investment [as opposed to] the first few investments, where we were focused on food safety.”

When it comes to KKR’s broader China investment strategy, Sun said its playbook is shifting to branding versus commodity-focused investments.

“We are pivoting away from investments that are prone to significant commodity cycles,” he said, speaking from Beijing, China.

At Adopt a Cow, KKR and DCP will work toward expanding its farming capacity and diversifying the product options.

“With this one we are focusing more on the branding and interactive marketing and product innovation,” Sun said of Adopt a Cow, adding that there will be “expansion in the cheese” category.

More specifically, the business will introduce higher-end products like A2 milk, yogurt without additives and high protein milk, said Wolhardt, who envisions Adopt a Cow will become a multi-billion-dollar brand.

“We just introduced the Jersey cow milk; which has higher percentage of protein and fat in their milk,” Wolhardt said, speaking from Beijing.

KKR and DCP declined to comment on financial aspects of the deal, while the company could not immediately be reached.