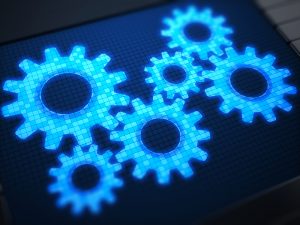 With the sale of Epicor Software to Clayton, Dubilier & Rice, KKR is set to realize an IRR north of 25 percent after its four-year-hold, sources familiar with the deal told PE Hub.

KKR on Sunday announced its sale of Epicor, which provides enterprise resource planning software to companies across the manufacturing, distribution, retail and services industries. The deal was valued at $4.7 billion.

PE Hub first reported that Epicor was back on the block last month.

KKR initially invested in Epicor in July 2016, buying the company from Apax Partners for $3.3 billion including debt, the sources said.

Under KKR’s ownership and with assistance from KKR’s internal operational team Capstone, Epicor grew its cloud product offerings and cloud bookings, as well as recruited its senior leadership team, John Park, a partner at KKR and head of the firm’s tech team in Americas, told PE Hub.

Park, who is also a chairman of the Epicor board, said the company had only one cloud product platform for its manufacturing vertical when KKR backed it in 2016, but that it had since grown to offering separate cloud platforms for its three key verticals: manufacturing, distribution and retail.

“The company has really accelerated cloud bookings, with nearly half of bookings in the cloud compared to less than 10 percent when we first acquired the business,” he said.

Along the way, KKR also recruited an almost entirely new leadership team for Epicor, starting with CEO Steve Murphy, who joined the company in October 2017.

According to KKR, Epicor had its strongest EBITDA quarter in Q2 during the covid-19 crisis. The firm said Epicor was continuing to perform in the current quarter, thereby showing its resilience to the downturn.

Park told PE Hub that the deal with CD&R came shortly after KKR had extracted $610 million in a $2.8 dividend recap to its shareholders: “The strong cash generation of the company and favorable credit profile allowed KKR to recapitalize the business in June with the support of the firm’s capital markets business.”

Park noted that a portability debt feature provided KKR with complete control over the timing of an eventual exit.

He added that the investment was emblematic of where KKR has traditionally leaned in as an institution, in terms of identifying assets with complexity where it can add value to companies and bring the firm-wide resources to bear.

According to Park, KKR has invested more than $15 billion in technology since 2015.