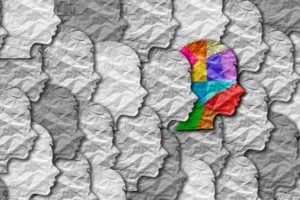 KKR’s Blue Sprig Pediatrics is in growth mode as the autism-treatment sector continues to call for greater institutionalization, buying Florida Autism Center in a transaction valued at about $120 million, according to sources familiar with the matter.

The seller is Shore Capital Partners, a lower middle market investor in the healthcare and food and beverage sectors. The Chicago-based firm invested in Florida Autism Center about four-and-a-half years ago.

KKR is providing new capital from its $1.45 billion Healthcare Strategic Growth Fund to fund the merger, as well as to support the continued growth of the combined company, a March 5 announcement said.

Financial terms of the deal were not disclosed; however, the $120 million enterprise value includes a $95 million cash component, with the remaining portion in stock, one of the people said.

The combination creates a top five national provider in Applied Behavior Analysis therapy for autism-treatment, and the leading provider in the southern U.S., the news release said.

Florida Autism Center, the largest ABA therapy provider in Florida and Georgia, has center-level EBITDA of around $10 million, a third source told PE Hub. The source acknowledged that profitability is burdened by the significant investment in new unit openings and operational initiatives, which is normal for a platform investing in significant de novo growth.

Still, a $10 million figure would imply an EBITDA multiple around the vicinity of 12x, based upon maturity adjustments.

The merger comes about two years after KKR invested in newly-created BlueSprig in partnership with Keith Jones, the former COO of pediatric healthcare company PSA Healthcare. KKR’s healthcare efforts in the Americas are co-led by Ali Satvat and Max Lin.

Today Jones is CEO of BlueSprig, the largest autism services provider in Texas, in addition to other locations. Upon completion of the deal, BlueSprig, and Florida Autism Center will serve more than 1,800 families at nearly 110 clinics across 13 states, the announcements said.

BlueSprig’s tie-up with Florida Autism Center is yet another example of private equity’s growing appetite for investments in autism-treatment, as investors large and small flock to the segment. In addition to a need for greater professionalization, the sector is growing as demand for treatment increases and diagnosis rates rise.

Recent platform deals include Thomas H. Lee’s acquisition of Centria Healthcare, which assigned the autism-treatment provider a total enterprise value of approximately $415 million, sources familiar with the matter told PE Hub at the time. The December deal provided an exit for Martis Capital and Lorient Capital.

In other activity to watch, NexPhase Capital Partners put Texas autism-treatment company Action Behavior Centers up for sale, less than a year into its investment, PE Hub reported in September. Berkey Noyes is advising on the auction.