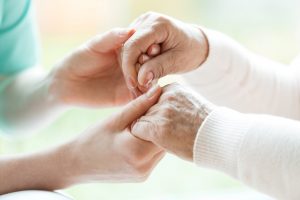 KKR-backed BrightSpring Health Services has clinched a deal for Abode Healthcare in a bid to substantially build out its home health and hospice business, according to five people familiar with the pending transaction.

The transaction, which is currently awaiting regulatory approval, values Abode at approximately $775 million, the people said.

The deal follows proprietary discussions between the parties and would provide an exit for Summit Partners, Abode’s latest and third private equity owner in less than three years.

Summit bought Abode from Tailwind Capital Partners in August 2019 – Tailwind had scooped up the company in May 2018 from Frazier Healthcare Partners.

At $775 million, Abode’s enterprise value has close to doubled since the Summit transaction less than two years ago, two of the people said.

The agreement equates to a mid-teens multiple of close to 16x, based upon TTM pro forma adjusted EBITDA in 2020 approaching $50 million, sources told PE Hub, although two people argued that real EBITDA on a trailing basis pushes the multiple higher. Taking a view of 2021 pro forma EBITDA projections and near-term growth, the multiple equates to around 13x, one source added.

Houlihan Lokey advised Abode, while Guggenheim Partners advised BrightSpring, according to sources. Jefferies, Morgan Stanley and Credit Suisse ran a process for a concurrent financing associated with the deal, two of the people said.

For BrightSpring, the transaction brings the combined company to around $6 billion in revenue, one of the people said – implying it is among the top five largest home healthcare players in the industry when accounting for its non-medical home care services.

Abode aligns with BrightSpring’s overall strategy of building out the three complementary components to provide integrated care for complex and in-need patient populations with multiple chronic comorbidities. The company primarily serves seniors and individuals with behavioral healthcare needs, with 80 percent of its services provided in or to the home.

Specifically, BrightSpring via Abode significantly deepens its business in the hospice and clinical home care arena.

Led by CEO Jon Rousseau, the home- and community-based health services provider has historically focused on non-medical, personal care services such as assistance with daily living activities, as well as day-to-day pharmacy services.

BrightSpring’s March 2019 marriage with KKR-owned pharmacy-services provider PharMerica added immense scale to that second component – a deal through which Onex Partners exited its investment in the former. KKR’s acquisition of BrightSpring was valued at $1.32 billion, bringing on an affiliate of Walgreens Boots Alliance as a minority investor.

Abode, headquartered in Durango, Colorado, provides home health and hospice care in 12 states, taking BrightSpring’s footprint in the segment to 16 states. It offers a full spectrum of palliative care and support services that are tailored to the individual needs and preferences of terminally ill patients and their families.

BrightSpring was particularly attracted to Abode’s patient-focused culture and track record, as well as its complementary geographic presence – adding scale while minimally overlapping with its existing home health and hospice footprint, one source close to the company said.

The value proposition around hospice care specifically has long resonated in the private equity community, as it is widely considered a better and preferred outcome for patients and their families through end-of-life care. At the same time, hospice care is considered cost efficient for the health system, offering care outside of the hospital – one of the most expensive settings of care.

Abode adds to the streak of hospice care activity in recent months.

Currently up for grabs is Webster Equity’s Bristol Hospice, which kicked off its sale process about a week ago via Goldman Sachs and Houlihan Lokey. Nursing home giant Brookdale Senior Living is also evaluating the divestiture of its home health and hospice segment, PE Hub wrote in December.

In recent trades, HIG Capital in October prevailed in the sale process for Vistria Group’s St. Croix Hospice. The deal valued the Oakdale, Minnesota, company at $580 million – representing at a mid-teens EBITDA multiple – sources told PE Hub upon its signing.

KKR, BrightSpring, Summit Partners and Houlihan Lokey declined to comment. Guggenheim and Abode did not return requests for comment.

Update: This report has been updated to clarify Abode’s geographic market presence.