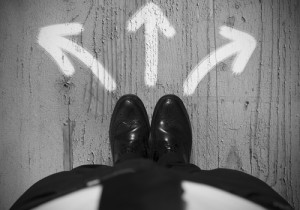 A management shift at Madison Capital Funding LLC has spurred the departure of several executives with more expected to leave in coming months, according to five sources, including several middle-market executives.

Madison Capital recently installed a new crop of leaders as it navigates a drop in leverage loan volume. The middle-market lender has lost at least seven executives, including three senior executives, this year, according to data compiled by Buyouts. The former execs comprise nearly 10 percent of the lender’s 88-member staff.

The most notable exit was Devon Russell, a senior Madison Capital managing director and one of the three members of the firm’s executive committee, who left the firm in July. Russell was responsible for capital markets activities at Madison Capital, including loan syndications and third party asset management. He was replaced by Tricia Marks, who was tapped to lead Madison’s Capital Markets Group.

And Faraaz Kamran, a Madison MD and head of the firm’s healthcare leverage finance team, departed in November after more than eight years, Buyouts reported.

The departures coincide with the promotion of several junior executives to more senior positions, most notably Marks and Chris Taylor, which Madison Capital announced in July.

The lender has since renamed its executive committee, which shrunk to two people after Russell’s exit, to “Senior Leadership Team.” The senior team is comprised of seven executives with functional responsibility over various Madison Capital operations.

Chicago-based Madison Capital operates as a unit of New York Life Insurance Company. It had $7.5 billion in assets under management as of June, the firm’s website said. A different source, not part of the five, said the changes at Madison Capital were a “standard organizational announcement” of promotions and some new roles.

“Madison Capital is a successful, well-run business,” a New York Life spokesman said in a statement. “The senior management team in place today is experienced and capable, and they have us in the No. 1 market position in the lower middle market where we compete.

“While industry volumes are down, this management team has helped us achieve new highs for our business sector. New York Life is very pleased with the position we’re in at Madison Capital,” the spokesman said.

Madison Capital CEO Hugh Wade noted that the industry has become more competitive as he introduced the firm’s next generation of senior management, according to an internal email obtained by Buyouts. Madison Capital has the “unwavering support” of parent New York Life, Wade said in the July 20 email.

“Today, we face the reality that recent turnover will require us to rebuild our investment management group,” Wade said in the email. “We also face the exciting prospect of preparing Madison for a transition to the next generation of leaders.”

Wade mentioned the departure of Russell, who he said left to “pursue other opportunities.”

Aside from Russell, the most notable change announced in the email involved K. Thomas Klimmeck, one of two remaining co-founders at Madison Capital and a senior MD.

Klimmeck, who had been head of origination, would continue serving on the firm’s investment committee and would transition to a senior relationship management role, the email said. He would also act as a “senior advisor” to Wade, the email said.

Wade named Taylor to replace Klimmeck as head of origination, the email said. Taylor was previously a Madison Capital director responsible for client relationship development and new business origination, according to an archived version of Madison Capital’s website.

Other changes announced in the email included Andrew Bucolo, who joined Madison Capital at its inception in 2001 and was chief underwriting officer. Bucolo was to assume a “senior new business development role,” reporting to Taylor, the email said. He would focus on client development and manage a marketing program with the firm’s Private Advisors unit, according to the email. Wade named Jenn Cotton to head of underwriting, replacing Bucolo, the email said.

Bucolo did not respond to requests for comment. Taylor referred calls to New York Life.

Anthony Malloy, CEO of  NY Life subsidiary NYL Investors LLC, who oversees Madison Capital and is Wade’s boss, told Buyouts none of the changes represented a demotion. “People’s roles have been changed. Organizations evolve … It is true we elevated people, but it’s not true we demoted anyone,” Malloy said.

The three sources predicted that Klimmeck would depart after Madison Capital hands out bonuses in March.

Wade, who became Madison Capital’s CEO in 2013 and is the other remaining co-founder, will probably stay with Madison Capital for another year and then retire, one of the sources speculated.

This year, Madison Capital displaced General Electric Capital Corp as the top bookrunner for LBOs valued at less than $250 million, according to data from Thomson Reuters Loan Pricing Corp. Madison Capital retained its 10 percent market share but moved up to first place, LPC said. (It’s unclear how well GE, which was first last year with 11 percent market share, has performed in 2015. GE this year sold Antares Capital, which accounted for the lion’s share of its book-running in this segment. Antares Capital placed second this year.)

Volume also tumbled 24 percent when the data was broadened to include all middle market deals up to $500 million. Madison Capital served as sponsored book runner on 36 transactions from Jan. 1 to Sept. 30, representing $1.9 billion.

League tables, she said, aren’t an accurate measure of total middle market deal volume. LPC tracks only syndicated transactions. Madison Capital may be leading deals and would not get credit if it holds all of the transaction, Beyers said.

Madison Capital has faced turnover for several years. Co-founders Clark (then CEO) and Williams (then a senior MD) left in September 2013. A company spokesman at the time said the executives were terminated for violating company policy.

Other former Madison Capital executives have found their way to Twin Brook.

Twin Brook in May said it hired several people, including three former Madison Capital executives. Among those who joined from Madison Capital was Richard Christensen, who joined the lender when it was founded in 2001 and was a managing director.

Clarification: This is a modified version of the story that appears in the December 7 print issue of Buyouts. We added language to four sentences in the seven-paragraph section under the subhed “Market share” to clarify data about market share and deal volume from Thomson Reuters Loan Pricing Corp. We also added a parenthetical comment to clarify an LPC statement about General Electric Capital Corp.