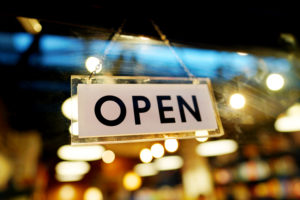 Levine Leichtman Capital Partners, a 36-year-old private equity firm, has added yet another franchisor to its portfolio of investments through its purchase of Tropical Smoothie Café.

Much like other sale processes reported by PE Hub, deal discussions took a pause in March when covid-19 hit but soon resumed after the café business refocused operations and got moving in the right direction.

“The management wanted to focus their energy on the business,” said Matthew G. Frankel, managing partner at Levine Leichtman. “The first few weeks during the nationwide shutdown, all businesses saw some softer trends.”

The Beverly Hills, California-based firm signed a purchase agreement roughly a month ago and closed the deal on Friday. Tropical Smoothie Café marks the fifth investment made through Levine Leichtman’s Fund VI, which closed on $2.5 billion in 2017.

Levine Leichtman’s portfolio includes other single and multi-brand franchisors like Nothing Bundt Cakes, a popular bakery franchisor and Hand & Stone, a chain of franchised massage spas. Wetzel’s Pretzel’s, Senior Helpers and Fastsigns are other realized investments that are franchisors.

Tropical Smoothie Café, based in Atlanta, Georgia, reported a 25.5 percent increase in comp sales in July and Frankel expects August and September figures to be similar.

Comp sales, or same store sales growth, is the average revenue growth from stores that have been open for more than a year, the partner explained.

Founded in 1997, Tropical Smoothie Café on its website touts average net revenues of $982,486 for the top 50 percent of its franchise café owners during 2019. The company cautions that there is no assurance that future owners will perform as well.

Along with the financials, “there are a lot of elements we look for in franchise investments,” Frankel said. Other top characteristics the firm targets include customer response to the product, management performance and the probability of more franchise units opening in the near future.

In the case of Tropical Smoothie Café, Levine Leichtman also liked how management had been investing capital to grow the brand: “[They were] speaking with their wallets,” Frankel.

Another factor that gave Levine Leichtman conviction was the signed but unopened franchise backlog. Tropical Smoothie Café has a list of franchisees that are in the process of opening a store – whether they are hunting for a space or in the brand opening stage.

“It gives us growth visibility for several years ahead,” Frankel said. In 2019, the brand signed 213 franchise agreements, according to trade magazine QSR.

The deal aligned with the typical structured equity approach that Levine Leichtman follows, in which the firm invests a combination of equity and debt and doesn’t over-leverage.

“We [also] allow management to invest in both equity and junior debt, so they are receiving high coupon cash interest payments monthly in a company that they run,” Frankel said. This increases ownership without the burden of servicing high levels of debt.

Debt financing on the transaction was provided by Golub Capital.

Between March, when covid-19 roiled markets, and up until the end of September, Levine Leichtman expects to close a total of 6 new platform investments and 12 add-ons across all active funds. The firm has almost $11 billion in assets under management.

Correction: This report has been updated to clarify that Levine Leichtman has invested in 26 franchise brands, versus made 26 franchise investments.