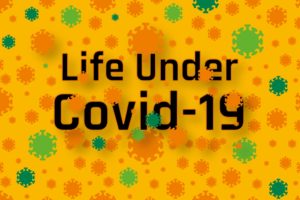 Working from home comes with its own set of challenges, but Adam Shebitz of Palladium Equity Partners is making the most of the break from the office and encouraging his colleagues to do the same.

Palladium Equity, a middle market firm with over $3 billion AUM, is continuing conversations around structured equity deals and remains “open for business.” But with leveraged buyout activities on pause amid corona, Shebitz is reminding the team it’s okay to not “always be on,” or be accessible. 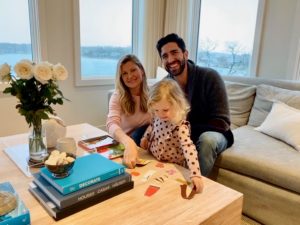 Simply put, today’s big challenge is work-life balance, said Shebitz, who was one of six Palladium members recently promoted to partner: “It’s not so hard to focus but actually the opposite.”

Palladium employees have been working from home since March 13, but some have still managed to achieve a change of scenery.

“I’m not tech savvy enough to manipulate backgrounds on a video call,” Shebitz said. “But one of my partners looked like he was on the surface of the moon.”

Beyond investment team members being able to talk from a galaxy “far, far away,” Shebitz sees the value in the human element that comes out of video conversations.

In an interview conducted for a senior level position for a portfolio company, for instance, Shebitz got a glimpse of the interviewee’s personal life.

“You can quickly understand how many pets they have,” the PE partner said, “because the pictures are right behind them.”

The firm has also found ways to keep spirits up in today’s everything-remote setting. In the thick of the pandemic, the firm clinched a $250 million add-on for its platform company Kymera – an acquisition that was celebrated with champagne bottles delivered to each house for a Webex happy hour.

Personally, Shebitz says the new environment has given him time to bond with his two-and-a-half-year-old daughter.

Instead of picking up new hobbies, Shebitz and his daughter end the night exhausted from throwing rocks in the pond and running around in the yard.

Much like most men though, Shebitz couldn’t deal with his quarantine hair and recently resorted to an at-home haircut by his wife. The home barbering went well, and according to Shebitz, “she did a great job.”

Other than successful DIY haircuts, Shebitz sees more silver linings coming out of the pandemic.

Sponsors are having more dialogue amongst themselves, versus pre-crisis, when Shebitz spent more time engaging with investment bankers.

From a dealmaking perspective, Palladium intends to be a source of capital for some financial sponsors seeking capital to defend their portfolio companies. Palladium has been “telling sponsors that we have capital available,” said Shebitz.

It is typical to reserve a small amount of capital at the end of a fund for follow-on investments, but some sponsors don’t have substantial capital remaining to safeguard past deals, according to Shebitz. “We are starting to see those funds reaching out with opportunity for structured equity investments,” he explained.

Speaking about the post-coronavirus life from his temporary residence outside of NYC, Shebitz said he looks forward to seeing extended family (and making up for a recent cancelled birthday celebration in Sweden) and wants to continue strengthening the bond with his daughter.