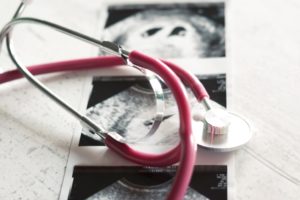 LightBay Capital may be new to the scene, but the seasoned investors leading the Los Angeles firm are finding opportunity to deploy capital in segments proven successful in a prior lifetime.

The more than three-year-old private equity firm – founded by two former partners of Ares Management private equity – closed an investment in Femwell Group Health, a physician-led women’s healthcare business based in Miami, a source with knowledge of the deal told PE Hub.

Femwell, founded in 1997, provides practice support services to more than 500 physicians across Florida, including approximately 300 OB/GYN providers with the remainder in primary care among other specialties.

Truist Securities advised Femwell on the transaction, the source said.

Growth-focused LightBay was co-founded by Nav Rahemtulla and Adam Stein – both of whom were founding members of Ares’ private equity group. The investors worked together for more than 15 years, leading Ares’ healthcare, consumer and retail groups, respectively, before departing in 2017.

As such, Femwell isn’t the team’s first foray into women’s healthcare. During Rahemtulla’s tenure at Ares, the investor led its investments in OB Hospitalist and Unified Women’s Healthcare, both of which closed in 2013.

In December, long-life investor Altas Partners took a majority stake in Ares-backed Unified, pushing the value of one of the country’s largest providers of practice management services to OB/GYNs to $1.5 billion to $1.6 billion, PE Hub wrote.

Indicating significant growth in value under Ares, that’s more than 33x Unified’s value upon the firm’s initial investment seven years earlier. In a book written by athenahealth Co-Founder and former CEO Jonathan Bush – Where Does It Hurt?: An Entrepreneur’s Guide to Fixing Health Care – the executive references Unified’s $46 million enterprise value in 2013.

Gryphon Investors, meanwhile, bought a majority stake in Ares’ OB Hospitalist Group in 2017, valuing the largest provider of obstetric hospitalist services in the U.S. at around $625 million, sources told PE Hub at the time.

For LightBay, Femwell is its fifth platform investment out of the firm’s inaugural fund, which closed in January 2018 on $655 million, topping its $450 million target.

In a similar fashion, the LightBay investment team has also gotten back into the popular vet care space. Although never publicly announced, LightBay in June 2019 invested in Fort Worth, Texas-based Alliance Animal Health.

Alliance, listed on LightBay’s website, is a growing network of general and emergency animal hospitals located throughout the Midwest, Southeast, and Northeast.

Herman, who joined LightBay in 2018 from Cressey & Co, began investing in healthcare in 2009 and was involved with two of the firm’s subsequent vet care investments – VetCor and People, Pets & Vets.

Oak Hill Partners in 2018 ultimately bought a majority stake in VetCor, while Cressey alongside Harvest Partners reinvested. Terms weren’t disclosed, but the sponsor-focused auction was anticipated to produce a valuation north of $1.5 billion, PE Hub wrote prior to the transaction.

Herman’s other past board memberships include PurFoods, StatLab and Restorix, whereas Rahemtulla also previously led Ares’ investments in Aspen Dental and CHG Healthcare.

LightBay, which applies a flexible capital approach to middle-market investing, targets the healthcare, consumer and business services industries. The firm states on its website that its “sweet spot” for investments lies between $50 million and $250 million.

Other Fund I investments include Barry’s boutique fitness and lifestyle brand, premium men’s salon franchisor Boardroom, and Fastsigns, a franchisor in the signage and visual graphics industry.

Update: This report is updated with the correct closing date for Ares initial investment in Unified Women’s Healthcare.