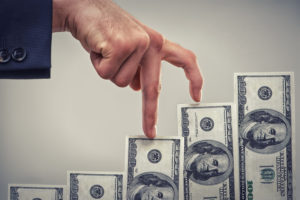 Linden Capital Partners made almost 4.5 times its money on the recent sale of medical device parts manufacturer Flexan, according to an LP source with knowledge of the matter.

Announced in late July, New Mountain Capital acquired Flexan through ILC Dover, marking the second add-on for the manufacturer of flexible materials since partnering with the PE firm in early 2020. The deal closed a week ago.

Linden, a Chicago private equity firm investing exclusively in healthcare, declined to comment on the exit.

BNP Paribas provided financial advice to New Mountain, whose purchase concluded what sources characterized as a “heated” sale process conducted by Baird. Financial terms of the deal were not disclosed, but sources told PE Hub it was valued at an EBITDA multiple of around 16x.

Since Linden in February 2015 acquired Flexan, the company has invested in its facilities, capabilities and corporate infrastructure. The platform expanded with the acquisition of two companies based out of Salt Lake City while recruiting several seasoned members to the C-suite.

Today the company has over 900 employees located across manufacturing facilities in the greater Chicago area, Salt Lake City and Suzhou, China.

The exit comes as Linden raises funds for what will be its largest healthcare pool in its nearly two-decade history, should it meet its $2.5 billion target. The firm’s fifth buyout offering, which has a $3 billion hard-cap, is fast-approaching an initial close of more than $2 billion, limited partner sources told Buyouts in May.

Linden’s strong outcome with Flexan and other recent exits is likely benefiting its roll-out of Fund V.

Other partial exits include the public listing of HydraFacial, an aesthetic skin health specialist, through a $1.1 billion merger with Vesper Healthcare Acquisition Corp. The combined entity, The Beauty Health Company, began trading on Nasdaq in May. Linden had so far generated an 8x return on its original invested capital, PE Hub wrote at the time of the deal’s announcement.

Other exits include Z-Medica, a patented hemostatic products maker, sold in December to Teleflex for up to $525 million.

Linden, meanwhile, is working with William Blair on a sale process for Smile Doctors, the country’s largest and fastest-growing orthodontics-focused dental services organization.

On the buy-side, Linden earlier this month agreed to acquire BioIVT, a provider of research models and services for drug and diagnostic development, in a deal valued north of $800 million, PE Hub wrote.