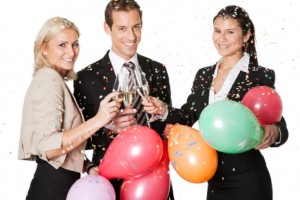 The fourth time is the charm for Lindsay Goldberg, which finally has found a buyer for First American Payment Systems.

An investor group led by Ontario Teachers’ Pension Plan is acquiring the payment processor, according to a July 18 statement. Financial terms weren’t announced.

Members of First American’s management team are participating in the deal, the statement said. The transaction is expected to close in August.

First American was put up for sale in 2010 and in 2012. The most recent attempt came earlier this year in February. At that time, Lindsay Goldberg tapped Goldman Sachs to run an auction for First American. By May, a buyer had not emerged and First American opted to do a dividend recap, peHUB reported. It is unclear if First American actually paid out the distribution.

The auction reignited in June with First American reaching out to various parties, a banking source said. First American likely sold for around $700 million, a second banker said.

Goldman did advise on the current sale to the Ontario Teachers’ led group, a different person said.

Ontario Teachers “must have been able to pay the price Lindsay Goldberg wanted where a traditional buyout fund wouldn’t have been able to get the return math to work given the slow growth at First American. Seems like a win all around,” the PE source said.

The sale comes as Lindsay Goldberg is out fundraising. The New York firm is seeking $4 billion for its fourth fund, peHUB has reported. Lindsay, Goldberg & Bessemer III LP collected $4.7 billion in 2009 and is generating a net IRR of 7.4 percent and 1.15x multiple as of Sept. 30, according to data from the Regents of the University of California.

Executives of Ontario Teachers’ and Lindsay Goldberg did not return calls for comment. Executives of First American declined comment.