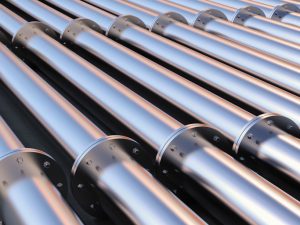 MiddleGround Capital’s fourth and fifth acquisitions, just announced this week, fit perfectly with the new shop’s overall strategy that focuses heavily on operations in the B2B industrials sector, according to co-founder John Stewart.

MiddleGround acquired Banner Industries and ESCSO Fasteners through its debut fund, the firm said. Banner Industries, a processor and distributor of exotic metal and flow-component products such as O-rings, pumps, tubing and regulators, brings in $100 million a year in revenue, Stewart said. Founded in 1961, Banner provides metals to the industrials and medical spaces.

Supply chain operations is a fragmented market, so MiddleGround is planning add-on acquisitions to that platform, Stewart said.

MiddleGround is looking at add-ons for the EDSCO deal. Lauren Mulholland led the investment and Houlihan Lokey advised the acquisition.

Founded in 2018 by Stewart, Lauren Mulholland and Scot Duncan, the Kentucky-based private equity firm specializes in the B2B industrial space and has invested $190 million, so far – $130 million out of the fund and $60 million with LP co-investments. It has 19 LPs not including friends and family.

MiddleGround’s fund is primarily institutional capital, with only about 4 percent through fund-to-funds. The majority of capital came from insurance companies, endowments, foundations, private and public pensions and family offices.

“One of our distinguishing capabilities is our operational background,“ said Stewart, who worked at Toyota for 18 years. “We want to buy good businesses that have grown in line with their markets or are better than their markets, then focus on adding value ourselves as operators.”

MiddleGround employs 21 professionals, with eight coming from Monomoy Capital Partners. It completed its first to final close in nine months for the fund.

Stewart added, “We’re off to a great start. We’re excited about the deployment pace.”