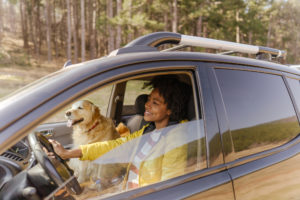 MiddleGround Capital is going all-in on the auto industry, capitalizing on the firm’s expertise and the rapid changes occurring in the sector. The firm bought Plasman Holdings from Insight Equity for roughly $415 million, according to sources familiar with the deal.

John Stewart, founder and managing partner at MiddleGround Capital, says that although the PE firm considers itself an investor in the broader industrial sector rather than the automotive area, his own personal experience has proven a good a road map.

“We developed a detailed strategy for guiding our automotive industry investments,” said Stewart, who’s gone from installing bumpers at a Toyota factory in Kentucky to managing billions of dollars for a private equity fund. “We know that the industry is undergoing unprecedented change over the next ten years; this will make for a great opportunity for investment in the auto industry.”

Stewart after nine months of research found that the overall auto industry is “flat to slightly declining” over the long-term, but found that by investing in one of four trends driving change in the sector, there is money to be made.

“If you can invest in one of the following trends, you can see anywhere between 9 percent and 16 percent compound annual growth rate,” he said. “The trends are the electrification of power-trained vehicles, vehicle light-weighting, autonomous vehicles and connected vehicles. A lot of PE investors stay away from the auto industry, and our knowledge of the industry gives us an edge in the market.”

The company makes exterior plastic and composite assemblies for vehicles. It doesn’t just manufacture the bumpers and exterior molded products but provides assembled solutions, including all the sensors that support advanced-driver assistance systems (ADAS) such as cameras, lidar, radar and other safety features that are becoming standard in the auto industry.

Plasman, which generates more than $800 million in revenue and more than $75 million of EBITDA, will serve as a platform for additional acquisitions, the investor said. It will look to grow and expand as “they continue to collect assets that align with their mobility thesis.”

For example, the roughly $180 million equity check for Plasman was divvied up between the strategies and co-investors. “We don’t want to have that much exposure in the fund, so we took roughly $60 million and put it into fund I; roughly $25 million went into the mobility fund and the rest were sold off to investors on a co-investment basis.”

The mobility fund has deployed roughly $75 million to date and its gross internal rate of return, as of the second quarter, sat north of 600 percent, he said. Much of its gains were generated by the sale of some of Shiloh’s non-core assets.

“We already returned roughly 2x on Shiloh’s approximately $177 million check – and we are in the process of merging Dura and Shiloh to form a lightweight structures business,” Stewart said.

MiddleGround’s first fund raised $460 million in 2019, and only 18 months later its second fund collected $800 million. According to Stewart, it took only three months from the first to last close in the main fund, with 23 out of 24 investors re-upping from fund I to fund II.