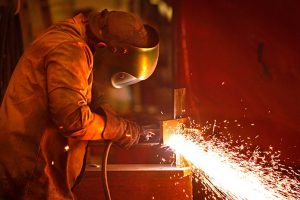 The deal, which closed August 11, marks the fourth transaction completed this year by the Lexington, Kentucky-based PE firm. MiddleGround has now deployed more than half, or $241 million, from its $459.5 million debut fund, partner John Stewart told PE Hub.

Manth-Brownell, a single facility manufacturer based out of Kirkville, New York, produced $15 million in revenue last year, according to Stewart. Alco, acquired in July 2018, generated $100 million in revenue during the same period.

MiddleGround paid a market multiple for this asset, the source said. “The purchase price was mainly based on the value of the business and its real estate.”

The PE firm was introduced to the family-owned business operating for over 60 years by a broker pre-covid-19. With the current owners retiring, MiddleGround bought 100 percent of the precision machine parts manufacturer in an all-equity deal.

“Since there won’t be multiple CFOs [or] CEOs, we are making some savings there,” Stewart said, explaining that the team intends to keep all the hourly employees.

With respect to due-diligence, MiddleGround conducted Zoom meetings, in addition to visiting Manth-Brownell’s on-ground facility in June before signing the letter of intent in the latter half of the month.

“It wasn’t a broad auction; for these types of businesses, there are not a lot of buyers,” the PE partner said, referring to Manth-Brownell’s small-scale industrial operations.

Much like the Elyria, Ohio-based platform, the acquired business serves the same three big clients in the industrial and consumer end markets. While the shared synergy with the customers was a plus, for Stewart, Manth-Brownell’s CNC machine capabilities also pushed the deal forward.

Looking ahead, the B2B industrial-focused PE firm wants to continue investing in facilities that have owner operators nearing retirement. “Investing more capital is not a feeling they have,” he said from his home in Lexington, Kentucky.