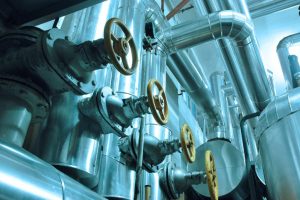 PE-backed Grammer Industries, a hazardous chemicals transportation platform, surpassed $100 million in pro-forma revenue amid the completion of its second add-on, a source familiar with the company told PE Hub.

The deal, valued at sub-$10 million, was “strategically important” for Grammer because the company’s terminal in Corpus Christi fills a gap for the platform, the source said.

Mill Rock initially invested in Grammer in October 2018 in partnership with Stellex, the Whittington family and management. Grammer doubled in size in April when it acquired Sterling Transport, a family-owned transporter of hazardous and specialty chemicals and materials, the source said.

Including LiMarCo, Grammer will operate 300 tractors and 800 trailers, the source said. Its pro-forma revenue is expected to significantly surpass $100 million, the person said.

Mill Rock, which makes investments on a deal-by-deal basis, invested in Grammer and its add-ons using outside capital, the source said. The firm plans to raise a fund in the future, the source said.

Formed by ex-Gamut Capital executives, the firm started out as a Stellex Capital affiliate under the name Mill Rock Capital. The firm spun out of Stellex this summer to operate independently.

Mill Rock and Stellex remain partners on Grammer and Cisco Equipment, a provider of equipment, parts and supplies to the midstream infrastructure, construction, agriculture and industrial markets.

Mill Rock has a robust pipeline and is actively bidding on and looking at new platforms, the source said. It is also seeking add-ons for its three existing platforms: Grammer, Cisco and Venture Metals.

Stellex Capital Management invests in middle-market companies in North America and Europe through its offices in New York and London.