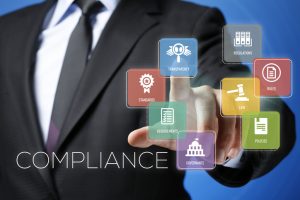 Evercore is mandated to advise the company on its sale, which is expected to kick off in a few weeks, the people familiar said.

The company has already received a “tremendous amount of interest” from both sponsors and strategics, one of the sources said. While the entire business is for sale, there is a lot of flexibility on the deal structure, the source added.

Galvanize, based in Vancouver, Canada, is the maker of governance, risk and compliance (GRC) software platform HighBond, which is used by more than 6,300 organizations in 130 countries, including many Fortune 1000 and S&P 500 companies. HighBond is an end-to-end integrated GRC platform that brings together security, risk management, compliance and audit executives.

Galvanize generates more than $100 million in revenue and roughly $20 million in EBITDA, the sources said.

Norwest Venture Partners, a global venture capital and growth equity investment firm, originally invested in the company in December 2017, when it was known as ACL Services. The firm injected $50 million at that time to become ACL’s minority investor, assuming roughly 20 percent ownership of the business, one source said.

The majority of the business is currently owned by Harald Will, the executive chairman of Galvanize and the son of the company’s founder Hartmut Will. Harald and Hartmut founded the business together in 1987.

In February 2019, ACL merged with Rsam, a New Jersey-based provider of IT, vendor and security risk management solutions, to create a centralized platform focused GRC. A month later, ACL – which stands for audit command language – rebranded as Galvanize.

Galvanize is not the only GRC software business currently in the market as the risk and compliance space remains among the most sought-after pockets of investment. Steele Compliance, a business advisory and compliance intelligence company backed by Bregal Sagemount, came to market late last year, PE Hub wrote in November. Thoma Bravo’s Riskonnect, an integrated risk management solution, is set to hit the auction block this quarter, PE Hub reported in December.

Norwest Venture Partners, Galvanize, and Evercore did not comment.