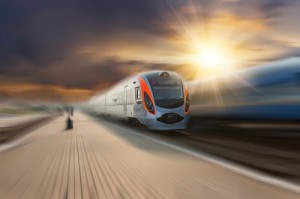 Novacap has acquired Hallcon Corp, a specialist in employee transit services, making good on a pledge to expand its pan-Canadian private equity deals through a recently opened office in Toronto.

Founded in 1954, Hallcon provides freight and passenger railways and other industries with an outsourced solution for their crew transportation needs. It was sold to Novacap by U.S.-based private equity firm Southfield Capital, which bought the business in April 2011.

From its headquarters in Toronto, Hallcon has spent the past four years building out its market presence, especially in the United States. This activity contributed to a five-fold increase in EBITDA, Southfield said in a statement.

Novacap made the investment because it believes the company has more room to grow, Senior Partner Domenic Mancini told peHUB Canada.

“Hallcon has a reputation for delivering safe, reliable and on-time transportation services in a category that is expanding very rapidly,” Mancini said. “We plan to support its growth into new sectors and in ways that add to its core and complementary service offerings.”

Novacap has already taken an important step in this direction, backing Hallcon’s purchase of Loop, a bus fleet operator that shuttles employees to Apple, Facebook, Google and other client sites in the San Francisco Bay Area.

Hallcon is Novacap’s first Canadian deal outside of Québec in several years.

One of Canada’s oldest PE firms, Novacap has invested in mid-market companies throughout North America for over three decades. Its two sector-focused investment groups, Novacap Industries and Novacap Technology, Media and Telecommunications (TMT), have found particular success in Québec, where the majority of portfolio companies are located.

The firm recently signaled an interest in extending its deal-making reach in Canada via a Toronto office opened two years ago. Senior Partner Marc Paiement, a former Novacap investment pro, returned in 2012 to establish the office and begin sourcing opportunities outside of Québec for Novacap Industries.

The result was “a dramatic increase in our deal flow,” Mancini said.

For this reason, the firm has been actively recruiting Toronto-based personnel of late, with a current focus on senior hires in Novacap TMT’s team.

Fresh from its public sale of music provider and media platform Stingray Digital Group, TMT last month hired Mike Notto as a vice president. Notto was previously the VP of strategic planning at Public Mobile. He also served in the PE division of the Ontario Teachers’ Pension Plan.

Notto joined Partner Yong Kwon, another recent recruit. Kwon, who heads the Novacap TMT team in Toronto, came on board in late 2014 after working for more than 10 years as an investment banker at Barclays and RBC Capital Markets.

Novacap sees a rich deal pipeline in Canada’s mature tech industries, Kwon told peHUB Canada. Like the traditional industries group, TMT plans to use the Toronto office as a flagship for scoping out more deals in major hubs outside of Québec.

“We are aligning our investment capabilities and resources with what we view as a growing range of opportunities that fit Novacap TMT’s approach,” Kwon said. “Going forward, we expect to see more of a balance of opportunities between Québec and the rest of Canada.

Novacap Industries is also expected to add to its Toronto contingent in the coming months.

Novacap’s expansion strategy has been fueled by success on the fundraising trail. Last year, the technology group’s fourth fund, Novacap TMT IV, exceeded its target in a final close raise of $375 million.

Novacap Industries IV, which is currently being marketed, appears to be on a similar path. In October 2014, peHUB Canada reported the fund shot past its initial target with $300 million in commitments. It is slated to bring in $425 million in total.

Combined fundraising has increased assets managed by Novacap to $1.5 billion.

Photo of train in motion courtesy of Shutterstock

Photos of Domenic Mancini and Yong Kwon courtesy of Novacap