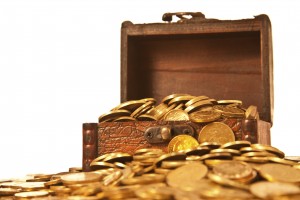 Novacap, one of Canada’s oldest private equity firms, surpassed its target for the final close of Novacap Industries IV, raising the largest partnership in its history.

Fund IV got off to a strong start in late 2014, when it collected an initial $300 million. The close was anchored mostly by re-ups from North American pension funds and other institutional investors. They included Caisse de dépôt et placement du Québec, which has backed every Novacap fund since 1981.

In all, about 40 domestic and international LPs committed to Fund IV.

Novacap’s latest round of fundraising exceeded all past efforts. Novacap Industries IV is 17 percent larger than its predecessor, which closed in 2007.

Together with Novacap TMT IV, a technology-focused fund that closed in 2014, the firm has raised $845 million in the past two years, bringing total assets under management to $1.6 billion.

“For over three decades, Novacap has focused on building companies at home and abroad, and helping them become market leaders,” Foisy said. “Many of these have been small, nimble and highly entrepreneurial Canadian businesses that have successfully grown south.”

Foisy pointed to KDC, a Canadian maker of personal-care and beauty products that received a $165 million reinvestment at the time of Fund IV’s initial close.

Since then, KDC has expanded its presence in the United States through three acquisitions: ChemAid Laboratories, Kolmar and Cosmetic Technologies.

Foisy says fundraising also benefited from a recent run of “very successful” liquidity events. They include last year’s sale of plastics producer IPL to One51, and the 2014 sale of nutritional-bar maker Multibar to Nellson Nutraceutical. He declined to share performance results.

A larger fund will give Novacap “the potential for bigger deals,” Foisy said. Larger-sized deployments will also be supported by LPs with “a strong appetite for co-investments,” he said. Co-investors played a major role in the KDC and Hallcon deals.

Fund IV is expected to be a more active investor in the Ontario market, Foisy said. Three years ago, Novacap decided to source more pan-Canadian opportunities by opening an office in Toronto. It took a first step in that direction with the acquisition of Toronto-based Hallcon.

With Fund IV’s close, Novacap will return to full-time dealmaking, Foisy said. Multiple opportunities are in the offing, most of them generated via the firm’s proprietary networks, he added. Announcements of new platform investments are expected in the months ahead.

Novacap also plans to beef up investments teams at its Montréal and Toronto offices, he said.

Novacap was founded by Marc Beauchamp, who currently serves as chairman.