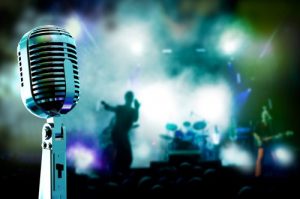 Novacap is likely to see a strong multiple from its investment in Montréal’s Stingray Digital Group following the company’s successful IPO on Wednesday.

Stingray, a business-to-business music provider and media platform, has wrapped up its public market debut with a raise of $140 million in total gross proceeds. That improves on the $120 million anticipated for the IPO in prior media reports.

The company might yet collect more than $160 million if an over-allotment purchase granted to underwriters is exercised, which seems possible given reports of boisterous initial trading on the Toronto Stock Exchange.

Stingray’s IPO, which values it at a non-diluted market capitalization of about $296 million, comes nearly eight years after the company was founded with the backing of the technology investment group of Novacap, a Longueuil, Québec-based private equity firm.

Novacap, which invested $10 million in Stingray in December 2007, sold most of its 29.4 percent interest as part of the IPO. Novacap President and Managing Partner Pascal Tremblay (pictured left) told peHUB Canada he expects to see an eight-fold return from the secondary transaction.

Novacap and Telesystem backed Stingray just as it was beginning to make the first of some 18 add-on acquisitions. Early examples included the Galaxie music channels, which was purchased from CBC/Radio Canada for about $65 million in late 2007.

Tremblay said acquisitions like Galaxie have been key to Stingray’s diversified offering of music and video content on multiple platforms, including digital TV, IPTV, the Internet, mobile apps and game consoles. Today, that offering reaches more than 110 million subscribers in 111 countries.

Acquisitions have also helped to fuel the company’s rapid expansion: Between 2008 and 2015, annual revenue jumped from $7.1 million to $71 million, reflecting a compound annual growth rate of 38.9 percent.

Tremblay gives credit for these results to Stingray’s team of professionals, led by President and CEO Eric Boyko. He also believes Novacap played an essential role “in all 18 acquisitions” and by providing insights on growth strategy, optimal market focus, synergies assessment, financial and tax structuring, valuation and governance.

“We were involved in every important decision made by the company,” he said. “For the last seven-plus years, I spoke with Eric almost every second day.”

Novacap will retain a post-IPO interest in Stingray of about 4 percent of total issued and outstanding shares. Tremblay and Telesystem’s François-Charles Sirois will also continue to sit on the company’s board of directors.

“I believe Stingray will continue its worldwide expansion,” Tremblay said. “Novacap wants to have exposure to that growth and to enhance our return over time.”

In May 2014, Novacap closed its fourth technology, media and telecommunications fund, Novacap TMT IV LP, securing $375 million, or more than twice the committed capital of its predecessor.

Tremblay said the fund is currently focused on working the deal pipeline and adding staff and resources to its Toronto office, as Novacap aims to broaden investment activity throughout the domestic market.

“We want to build more Stingrays right across Canada,” he said.

Photo of concert stage and microphone courtesy of Shutterstock