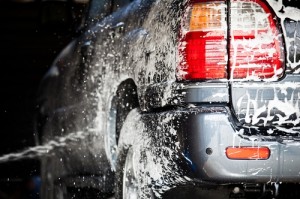 A second quarter financial statement by Onex did not specify the buyer, but earlier reports have indicated it will be U.S. private equity firm Leonard Green & Partners.

The Onex statement also said that ONCAP is likely to take home approximately US$380 million in net proceeds from the deal. This translates into a gross multiple of capital invested of about 8x and a gross IRR of 36 percent.

A full-service car wash chain, the Tucson, Arizona-based Mister Car Wash operates 134 car washes and 32 lube centers in 14 regional markets across the United States. In April 2007, ONCAP acquired it in a management buyout. ONCAP invested US$52 million in the company.

At the time of the acquisition, ONCAP said it would partner with company management to create value by expanding Mister Car Wash’s service offerings, entering new markets and consolidating the highly fragmented car wash industry. Mister Car Wash reports that its business has doubled in size during ONCAP’s seven years of ownership.

A July report by peHUB‘s Luisa Beltran suggested that Leonard Green was prepared to pay around US$400 million to US$500 million for Mister Car Wash. Other investors interested in the company included the Ontario Municipal Employees Retirement System (OMERS) and two other private equity firms, sources told Beltran.

Last week, peHUB Canada reported that ONCAP had been named to Preqin‘s global list of the most consistent performing PE investors. ONCAP was the lone Canadian representative on a league table of 35 buyout fund managers assembled from fund data contained in the forthcoming 2014 Preqin Private Equity Performance Monitor.

The Mister Car Wash sale, of course, did not figure in Preqin’s data, but ONCAP has shown major realizations from several other portfolio companies. These include the firm’s 2013 exits from sporting goods manufacturer and distributor BSN Sports and automotive repair services provider Caliber Collision Centers.

The sale of Mister Car Wash, ONCAP’s 10th liquidity event since its inception in 1999, was ascribed to the firm’s second partnership, ONCAP LP II, closed in 2006 at $574 million. ONCAP is currently investing from ONCAP LP III, which closed in 2011 at $800 million.

In its second quarter statement, Onex said that including realizations and distributions, the value of Onex Partners’ and ONCAP’s private companies grew by 10 percent in the first six months of 2014. Including public companies, the value of all operating businesses in Onex and ONCAP funds, including realizations and distributions, grew by 9 percent.