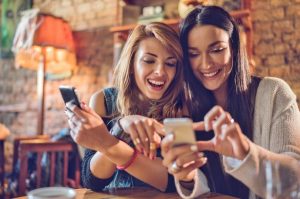 On the heels of its strategic investment in Infobip, One Equity Partners plans to scale and position the Croatian communications software provider for a potential IPO, according to investors at the PE firm.

The New York middle-market firm is already working on a tactical pipeline of add-on opportunities, Andrew Dunn, managing director at One Equity, and Ante Kusurin, vice president at the firm, told PE Hub. “The main goal is to gain [a] larger presence in the US given that the ultimate goal of the business is to become a public company in the US market,” Kusurin said following the firm’s July 30 announcement.

Infobip, based in Vodnjan-Dignano, Croatia, is a cloud software company that enables interactions between businesses and their customers – often through text messaging and push-on notifications.

For example, a push-on notification from an airline informs travelers about a gate change at the airport; or a taxi driver can alert riders through an app that he or she has arrived. In other situations, credit card companies send reminders about pay dates, the investors explained.

“The percentage of mobile phones [in use] has been going up and that also played in the hand with enterprises trying to reach customers at a more immediate base,” the investor said.

The global pandemic has only sped up this trend, Kusurin said. “Covid-19 has accelerated demand for cloud communication because enterprises are now looking to provide not only their customers with a safe and efficient flexible channel of communication, but also their employees,” he said.

According to OEP’s Andrew Dunn, nearly 98 percent of texts are opened versus 20 percent of emails. “If you are an enterprise and you want to reach your customers, text is the most efficient way to get to them,” Dunn said.

While the size of OEP’s investment is unclear, it becomes the first institutional capital taken by Infobip.

Nevertheless, its founders have grown Infobip to a sizable platform as a standalone company.

Infobip generated €602 million ($707.2 million) in 2019 revenue, having achieved a compounded annual growth rate of 48 percent over the last decade, according to the company’s press release.

The company competes in the US with a publicly-traded Twilio, and in Europe with publicly-traded Sinch and privately held MessageBird. Its other competitors include Nexmo, Zendesk and Bandwidth.

Infobip’s founders and shareholders can also see the future of Infobip as a public company.

“Ultimately, we will end up doing what’s best for the company and for the shareholders,” Dunn said. “An IPO is one of the things they would like to consider and pursue.”

“If we have to choose, we think that probably, an IPO would be the best opportunity for us in the US market,” he added.