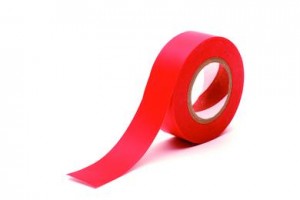 The proprietary deal, which closed last week, marks the second add-on for Duraco, a more than 65-year-old adhesive manufacturer based in Forest Park, Illinois.

The deal follows the platform’s February 2020 purchase of Infinity Tapes, a custom adhesive product manufacturer. Post-integration, the combined entity will generate close to $150 million in revenue with a 20 percent margin profile, PE Hub has learned.

OpenGate will pursue other potential tuck-in opportunities for Duraco, which will allow the business to ultimately grow to $250 million to $300 million in revenue, the source said.

Unlike Duraco, Filmquest deals with PET or polyester films, although it serves a similar customer base. “Filmquest will allow us to dive deeper into flexible packaging and provide greater product offering to customers,” said Joshua Adams, managing director and global head of business development at OpenGate.

The Los Angeles PE firm was in exclusive discussions with the PET film company over the past three months, Adams said.

Chicago’s Mesirow Financial, which has a long-standing relationship with OpenGate, served as a sell-side adviser to Filmquest. The financial adviser previously worked with the target three years ago in a formal sale process that fell through.

Mesirow has been scouting acquisitions for OpenGate over the past 12 to 18 months, Adams said, emphasizing the buy-and-build strategy followed by the firm for all investments.

OpenGate’s initial platform investment in Duraco was done as a carve-out from Essentra, a UK-based essential component manufacturer. The deal was valued at $77 million in July 2019, representing one of the six platform deals it completed that year.

Duraco’s expansion to the high-growth transit packaging and industrial end markets came with the acquisition of Infinity tapes. The B2B tape solution platform also serves the food and beverage industry, which was a growth driver during covid. As an example, it manufactures tapes used for sealing bags for food delivery.

The goal is to continue showing growth in the end-markets served and enter other end-markets as well, Adams said.