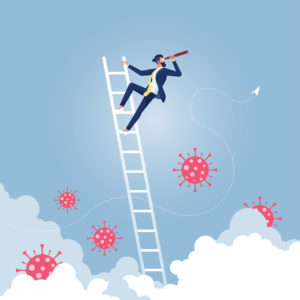 Retail healthcare segments ripe for consolidation have commanded plenty of private equity dollars over the last several years. But one pending vision care deal suggests the market is evolving as large but still privately-owned players look to move the needle.

Partners Group’s EyeCare Partners recently agreed to buy CEI Vision Partners from Revelstoke Capital Partners in a deal valued at about $600 million, according to sources familiar with the matter.

Revelstoke, which formed CVP in partnership with Cincinnati Eye Institute in May 2018, will roll equity in the deal alongside management, the sources said.

The deal, which has not yet closed, implies an EBITDA multiple of around 14x to 15x, some of the people said. The transaction came together on a one-off basis outside of a formal process.

While seemingly straightforward on the surface, the acquisition appears to be the first example of a large PE-owned eyecare platform buying another sizable sponsor-owned platform, at a platform multiple.

More large assets in vision care and other retail healthcare segments (like dermatology, for instance) are likely to pursue similar strategies, sources predict, particularly for those companies and PE owners whose end-game is to take those assets public. Supporting this logic for value creation: the arbitrage between the multiple paid for a scale add-on acquisition (which one can buy down by reducing overhead, for example) and the multiple at which such companies could ultimately go public is very significant.

One (hotly pursued) subsector that has already witnessed this type of dealmaking is vet care.

Elsewhere, EQT and Silver Lake-backed European vet giant IVC Evidencia – also anticipated to pursue a go-public route – bought Canadian platform VetStrategy in September from Berkshire Partners. The latter a year ago reinvested in VetStrategy in a deal valued just north of CAD$1.4 billion ($1 billion), whereas IVC was valued at €12.3 billion when Silver Lake joined its investor base earlier this year.

Meanwhile, St. Louis-based EyeCare Partners, or ECP, is certainly getting up there in size.

Partners in December 2019 bought ECP from FFL Partners at an enterprise value of approximately $2.2 billion, PE Hub wrote. Add to that its $600 million deal for CVP and ECP’s organic growth since that time.

ECP, already at the time of Partners’ entry, was the largest US provider of business support services to both optometry and ophthalmology services. As a vertically integrated medical vision services provider, ECP is viewed as a one-stop shop for all eye-care medical needs including medical optometry, ophthalmology and sub-specialties, and vision correction products.

Other large vision care companies to watch include Goldman Sachs’ optometry-focused MyEyeDr. A few months before Partners bought ECP, Goldman’s PE arm invested in the company for an enterprise value of approximately $2.7 billion, or about 17x, PE Hub reported in June 2019.

In other retail healthcare segments, large platforms, including Linden Capital Partners’ Smile Doctors and OMERS’ ForeFront Dermatology, are in the late stages of their sale processes.