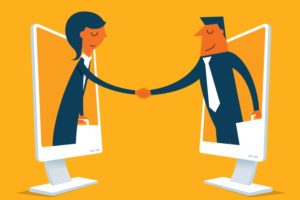 Rising covid-19 numbers could threaten global deal counts in 2021 – especially in Europe – but the vaccine brings promise for dealmakers in both North America and across the Atlantic.

“Private equity buyouts have accounted for 16 percent of global M&A during 2020, which is the highest level since prior to the 2008 financial crisis,” said Matt Toole, director of Deals Intelligence at Refinitiv.

Year-end numbers show PE firms meaningfully invested throughout the pandemic. But the bigger question as investors enter another covid year is the impact of the new vaccine on M&A, plus the ability to execute deals under stricter lockdowns amid the recovery of hard-hit sectors.

The pace of M&A will partly depend on where you’re doing deals in the world and the nature of the lockdown measures implemented, according to Stefan Jaecker, CEO of investment bank DC Advisory Germany and Poland.

For example, Germany enforced harsher lockdown restrictions earlier this month about a week out from Christmas. The new rules are set to last until Jan. 10 at least and will impact the M&A outlook for 2021, Jaecker said.

Tougher restrictions will make it harder for private equity investors in Asia to visit European businesses: “They might potentially fly to [the] US; it’s a question of exercising due-diligence when you are really dependent on-site visits,” he said.

On the contrary, Rusty Wiley, CEO of Datasite, believes deals have been easier to execute, thanks to technology.

Datasite, based in Minneapolis, is an SaaS platform that provides dealmakers data rooms or spaces to perform due diligence by reviewing and redacting corporate documentation securely.

“We are seeing deal rooms get larger,” Wiley said, crediting the rise to the increased reliance on technology. Datasite was recently acquired by London’s CapVest Partners.

In a non-pandemic world, the acquisition would have involved tremendous amount of travel to Europe, Wiley said, implying deal execution has been made easier in the lockdown environment.

“We are in the peak of wave two,” Wiley said. “And in the middle of peak, we are still seeing record volumes.”

Year-to-date private equity-backed M&As have reached an all-time high of 7,969 deals – the strongest global count since 2005. The overall value of transactions hit $536 billion, the highest total since November 2007, according to Refinitiv data.

The vaccine rollout also adds positivity to the market. Jaecker has noticed a return of investors into industries like travel.

“On the equity and debt side, investors have shifted away from “covid-proof” portfolios,” Jaecker said. He cited Lufthansa’s return to the convertible bond market last month and Carnival, the largest cruise company, selling billions in stock as an example of the market optimism.

But Wiley believes pricing assets in this space will continue to be challenging in first half of 2021.

If you are buying an asset in the travel industry, estimating when the psychology of people will change and building a financial model around that is likely to result in a long due diligence cycle, he said.

Polled data from 200 industry professionals by Datasite showed that technology and healthcare will outshine other sectors in 2021. Meanwhile, only 3 percent expect more M&A in the transportation space.

Toole agrees. “As dealmakers assess the 2021 landscape for M&A, I’d expect private equity firms to play a role in post-pandemic focused sectors such as consumer and retail, but also continue to take advantage of consolidation trends in key sectors such as tech and healthcare.”

That said, for PE firms looking to invest in European targets there’s still a strong ‘if’ even with the vaccine cheer.

Lawmakers in Germany extended the insolvency freeze offered in March through the end of January, allowing companies to delay bankruptcy filings as the stricter lockdown erodes balance sheets.

“The only scenario which could work against it [vaccine], is if we see more insolvencies in Q1, Q2 than the experts are currently forecasting,” Jaecker said, referring to the waiver.

Due to the waiver, “companies in difficulty were not easy to spot,” Jaecker said, but “clearly when the pause is lifted, we will be back into the real world.”

Likewise, most US-based professionals surveyed by Datasite hold a similar view and expect to see more restructurings in 2021 than any other type of transaction – despite vaccines and capital availability.