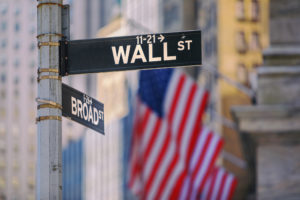 PE-backed buyouts captured the largest slice of the M&A pie even as global deal values sank to $2.3 trillion in the first three quarters – the slowest nine-month period since 2013, according to data from Refinitiv.

PE accounted for more than 17 percent of overall M&A deal count – the highest percentage for a three-quarter period since records began being kept in 1980. However, the total number of deals fell by almost 10 percent worldwide compared to a year ago.

By deal value, PE captured more than 15 percent of the overall value or $358 billion, highest since 2007.

“One of the key trends we have seen this year is PE taking advantage of the record level of capital they raised in 2019,” Matt Toole, director of deals intelligence at Refinitiv, told PE Hub.

In general, the third quarter was much more robust compared with the second, with a whopping 94 percent increase in dealmaking. Stating the reasons, Toole said, “private equity rushed to close the build-up of deals that were paused in spring before the election.”

The second quarter this year was the slowest in terms of dealmaking since 2012 Q1, marking a 25 percent decrease compared with the first quarter.

“Q2 we saw the lowest level of M&A activity, so you can imagine there were some conversations that were happening that made their way to Q3,” he added.

Overall deal value for PE decreased almost 4 percent compared to a year ago, but the group registered an 11 percent increase by number of deals.

As the presidential election draws closer, investors are looking to at least get the announcements done before any potential policy changes come into focus, according to Toole.

That said, from the perspective of PE groups targeting US markets, regulatory fear is not as high when compared with cross-border M&A deal makers, Toole said, referring to Tik-Tok’s uncertain future as the Trump Administration pushes to ban the application. The Chinese video-sharing app is still accessible on mobile platforms but hasn’t been able to secure a buyer.

In these nine-months cross-border M&A activity witnessed a seven-year low. The market totaled $794 billion during the first nine months of 2020; a 1 percent decrease compared to a year ago, according to the data service.

“Although, there’s certainly a regulatory fear, it’s not seen in the same way as two big companies merging,” Toole said. “In some of those cases, PE can be a beneficiary of those [fallen] deals.”

While it’s difficult to predict if dealmaking activity in the next few months will match the third quarter, a second wave of coronavirus could potentially be a deterrent.

“Q3 proved that the mechanics of getting an M&A deal done is largely solved,” Toole said. But any kind of shut down is going to have an impact on the business outlook of a target and might result in a mismatch on valuation, he added, citing luxury goods and travel businesses as examples.