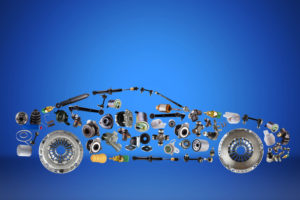 CDK Global, which provides management software to automotive dealerships in North America and around the world, has launched a sale process for its international division, people familiar with the matter told PE Hub.

While the process only recently launched, the business unit has already commanded interest from numerous private equity groups, including those with US headquarters, sources said. First-round bids are due in two weeks, they said.

Credit Suisse is advising CDK Global on the divestment, the people said.

A logical buyer for the business would likely be a private equity firm that already has experience in and exposure to the automotive software sector, sources said.

During its fiscal year ending June 30, 2020, CDK’s international business generated $321.1 million in revenue, according to the company’s quarterly report.

The division could command a 3x to 4x revenue multiple in a sale, one of the sources said. Based on the latest available revenue figure for the unit, that would suggest a potential valuation of $1.3 billion on the high end.

For CDK, the divestment would align with the company’s decision to focus on its core growth and revenue engine – its North American business.

In April 2020, CDK Global divested its CDK Digital Marketing Business, selling the unit to marketing technology and services company Ansira Partners. As part of that deal, the marketing business was rebranded as Sincro.

The automotive sector has been challenged through the global pandemic, and that’s been reflected by both CDK’s financial and stock performance.

Shares of CDK have declined more than 23 percent since the start of the year, closing at $42.50 per share on Thursday.

The company’s revenue has also suffered. In Q4, CDK Global produced $449.6 million in revenue, an 8 percent decline on a year-over-year quarterly basis.

“We have experienced impacts related to the COVID-19 pandemic during the second half of fiscal 2020, mainly attributable to lower volume of transactional revenue and reduced installation activities,” CDK stated in its Q4 quarterly report.

At the same time, CDK’s annual results exceeded the executives’ guidance: “We came through the quarter in a much better position than expected and our underlying business remains strong,” CFO Joe Tautges said in a Q4 news release.

CDK Global and Credit Suisse declined to comment for the story.