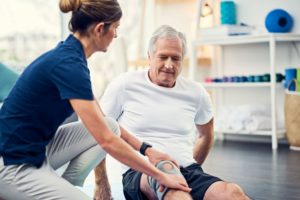 Lindsay Goldberg is prepping a sale of PT Solutions, having engaged TripleTree for sell-side financial advice; Elsewhere, Waud Capital Partners’ Ivy Rehab is expected to come to market later this year via Harris Williams, as is PennantPark-backed Pivot Health Solutions, which recently hired Jefferies for advice, sources familiar with the three situations said.

At least four additional PT assets of a smaller scale are already on the market, sources said. That includes founder-run Foothills Sports Medicine Physical Therapy, which is working with Livingstone Partners, and GPB Capital’s Alliance Physical Therapy, which is working with Cain Brothers, a division of KeyBanc Capital Markets.

Assets have shown there are multiple ways to grow as demographic trends are favorable with an aging population; musculoskeletal issues abound; strong tailwinds around orthopedic and elective procedures persist; and the future consolidation opportunity remains vast, sources said.

“There’s a lot of people that think this industry will become a handful of players,” one source said. “Right now the ‘big three to five’ [PT players] are probably less than 10 percent of [total market] share.”

Meanwhile, clinical diversification is being rewarded, another source said. Deal multiples are moving a step up across the industry, with 15x-plus likely “the new normal” for some bigger well-run platforms, this person said. “When you look at the more successful platforms, they’re not just doing outpatient PT.”

This person pointed to Revelstoke Partners’ Upstream Rehabilitation, which creates stronger networks through specialized management services such as ‘preferred therapy providers,’ which connects its providers to health plans and benefit administrators. Another example is Partners Group’s Confluent Health, whose value-added services include continuing education, professional development and mentorships for its therapists.

One industry hiccup is oncoming regulation, with the CMS starting in January 2022 set to implement a 15 percent reduction in reimbursement for services provided by physical therapists and occupational therapists. The change is “not as draconian as it sounds,” as one of the sources put it, with smart operators capable of offsetting the rate cut with things like staffing changes.

One of the larger anticipated trades on the horizon is PT Solutions, which Lindsay Goldberg acquired in June 2018 from New Harbor Capital. Early stage conversations with a mix of sponsors and strategics are underway, some of the people said.

Sources placed the company’s adjusted EBITDA in the $60 million to $70 million range – which indicates a big jump from the about $25 million of projected 2017 EBITDA reported by WSJ Pro ahead of its last sale. Lindsay Goldberg bought PT Solutions in a deal valued at around $250 million, a source told PE Hub at the time.

PT Solutions, headquartered in Atlanta, has grown its network of clinics to 280-plus across 22 states, showing three-year growth of 83 percent, Inc. wrote recently. That’s up from 150 affiliated clinics when Lindsay Goldberg invested in 2018, having quadrupled in size under New Harbor, according to a case study on the latter’s website.

PT Solutions has achieved growth through a unique strategy. Its hybrid model not only includes traditional outpatient clinics; it also partners with hospitals through either an in-hospital management agreement, the development of satellite clinics and/or a joint-venture agreement.

Elsewhere, the timing of a sale process for Waud’s Ivy Rehab remains unclear, however, sources expect it will launch this year. People familiar with the White Plains, New York-based company estimated the company’s EBITDA sits anywhere from $40 million to $60 million, depending on adjustments and add-on activity in the works.

Under Chicago-based Waud’s more than four-year hold, Ivy has done well on the integration front as it has grown through acquisitions and de novos, sources noted. In contrast, poor integration strategies involving the “amalgamation of many small assets” is where others have gone wrong, one person commented.

PennantPark’s Pivot, which expects to produce some $40 million of 2021 EBITDA, one source said, is also hitting the market this year, likely in the fall.

Pivot, based in Towson, Maryland, offers provides services across more than 250 locations spanning six states and Washington DC. Pivot, given its strong Mid-Atlantic footprint, is one company that could command interest from existing PT platforms, one source noted. “Strategics like density; there’s more ability for synergies.”

Pivot, moreover, has differentiated through what another source characterized as a “unique onsite health and wellness model.” It expanded its corporate health offerings in October 2017, launching Pivot Onsite Innovations through its acquisition of Onsite Innovations. The subsidiary’s more than 150 onsite locations provide occupational healthcare services to Fortune 1,000 organizations across industries ranging from manufacturing and pharmaceuticals to aerospace and entertainment.

The upcoming process comes about two years after lenders took the keys of the business, with PennantPark injecting $25 million in the platform as part of its recapitalization. Its previous PE owner is CI Capital.

With the 2019 recap, seasoned healthcare executive Chris Throckmorton was brought on to lead Pivot as CEO. Throckmorton is the former CEO of IntegraMed Fertility, and before that, COO of Surgery Partners.

In the lower-mid-market, sale processes are underway for both Foothills, a Phoenix-based platform, and GPB’s Alliance, based in Grand Rapids, Michigan. Foothills produces around $10 million of EBITDA, whereas Alliance posts EBITDA in the high single digits, excluding covid-related add-backs, sources said.