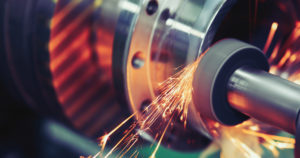 Using its government expertise to find conviction in a pocket of the manufacturing industry considered insulated from market dislocation, Pine Island Capital Partners joined hands with Bain Capital to strike its debut investment.

The pair of firms earlier this week revealed the acquisition of Precinmac, alongside minority investor Compass Partners Capital.

Precinmac, a maker of high-precision components for sectors including aerospace – an industry heavily impacted by coronavirus – remains unaffected by the economic downturn, a source close to the transaction said. The company’s valuation would have been the same even during non-troubled times, the source said.

“Interestingly, orders of Precinmac have increased in the past month,” said the source. Most of the manufacturer’s business is not tied to commercial airlines, and in aerospace, long-term defense programs for fighter planes remain untouched by covid-19, the source explained.

Although financial terms of the transaction weren’t disclosed, Pine Island has been hunting for acquisition candidates within the $50 million to $500 million enterprise value range, according to investment criteria cited on the firm’s website.

“We refused to overpay and sometimes things came up in due diligence [in previous deal talks],” said Phil Cooper, managing partner at Pine Island Capital, explaining why the firm waited almost two years to do a deal.

Pine Island, whose investment team consists of former government and military leaders, focuses on US middle-market opportunities. The Washington, DC, firm was launched in 2018 by Cooper alongside John Thain.

After evaluating opportunities for nearly two years, Pine Island focused on Precinmac, attracted to not only the manufacturer’s financial profile but its scarcity value. Precinmac is one of few players in the precision component manufacturing space, Cooper explains.

While Bain Capital and Pine Island are now the largest investors in Precinmac, it was Compass Partners that sourced the original transaction.

Compass, which ultimately made a smaller investment alongside the two PE firms, was unable to fulfill the transaction on its own, and therefore reached out to a Pine Island partner, who in turn approached Bain Capital, according to the unnamed source.

With an influx of new capital, the investor group sees many attractive acquisition candidates complementary to Precinmac’s existing manufacturing capabilities, the source adds.

The seller was GenNx360 Capital Partners, whose investment dates to July 2009.

Last year, excluding add-ons, private equity firms announced 153 deals in the industrials space with an aggregate deal value of over $26 billion, according to data provided by Bain & Co.

Action Item: For more information on Pine Island, check out its website.