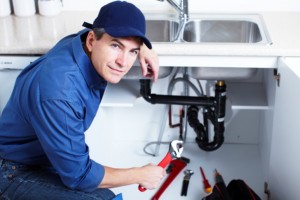 At the height of the covid pandemic, when lockdowns were the norm, the HVAC/plumbing services sector were a draw for PE firms wishing to capitalize on the increased interest in everything home-related. Judging by the cascade of private equity dollars that continue to flow into plumbing/HVAC deals two and a half years later, the momentum has not abated.

The pandemic-era focus on the home is not the only calling card. Of special interest to investors is the market’s fragmentation, making it ripe for consolidation and expansion. According to a recent report, the North American HVAC system market is expected to pull in $58.56 billion by 2028. That’s a staggering figure and a likely catalyst for the active deal volume in this space.

PE Hub looked at a spate of recent deals that have caught our attention. Following are a few notable highlights.

The year kicked off with Stellex Capital’s January acquisition of plumbing services platform P3 for an undisclosed sum. The seller was an investor group led by Crescendo Capital Partners. P3’s growth and its potential for expansion were the drivers for the New York-based mid-market PE firm to sink its teeth into the space. Top of mind were Stellex’s goals of expanding P3’s offerings while seeking “to create more value for its customers and provide better opportunities for its employees,” said principal Irina Krasik, in a statement.

McNally Capital echoed the bullishness in March when it made an investment in Smith & Oby, a Midwest HVAC and plumbing mechanical contractor and services provider, for undisclosed terms. Though McNally cited the company’s growth and “core values” as enticements for the deal, the Chicago-based private equity firm also expressed a strong professional affinity with Smith & Oby.

“Our family business background and ‘walked in your shoes’ approach made us a strong fit for the Smith & Oby team,” said founder and managing partner Ward McNally in a statement.

That same month, industry tongues wagged when L Catterton announced it had inked an agreement to acquire LTP Home Services Group from Thompson Street Capital Partners. Again, as with all the aforementioned deals, growth was mentioned as a lure for scooping up the residential plumbing and HVAC services platform that operates in both in the Mid-Atlantic and Southeast regions. However, what really made the buyout shop salivate was LTP’s presence within the fragmented residential services category “where technology and digitalization are expected to drive significant consolidation,” said Partner Matt Lischick, in a statement.

Then, in June, Ridgemont Equity Partners added to the activity with its investment in New York City-based Crete Mechanical Group, a provider of HVAC, electrical, plumbing and building automation services. On the transaction, Tim Dillon, a partner at the Charlotte, North Carolina-based mid-market PE firm, enthused about CMG’s growth, a tremendous benefit in an uncertain economy, noting that “HVAC and commercial services have been very dynamic industries over the last several years with substantial demand for skilled technicians, reliable providers and an increasing focus on energy efficient building services.”

And last month, Sun Capital Partners announced the acquisition of Andersen Commercial Plumbing, a La Verne, California-based provider of commercial plumbing services. The Boca Raton, Florida-based PE firm saw the deal as a bonanza of opportunity, voicing a desire to “make [Andersen] the acquirer of choice across the region,” said M Steven Liff, a senior partner and head of private equity for North America at Sun Capital.

In a volatile economy, the plumbing/HVAC services sector has proven to be stable thanks to supply and demand. Because of this, there is no doubt that PE firms will continue to gravitate toward the space for the second half of the year.