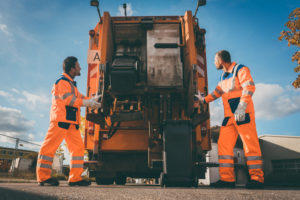 Post Capital Partners generated a 10x return on its investment in EC Waste, a waste management services company, after a hold of about seven years, sources told Buyouts.

3i Group acquired the Puerto Rican company on November 30, the firms said this week. It’s not clear how much 3i paid for the business.

The exit is an example of a successful execution of Post Capital’s “executive-first” strategy. Post Capital chooses executives with industry expertise, and then finds companies to buy they can lead.

For EC Waste, Post Capital worked with Randy Jensen, a waste management executive with more than 25 years’ experience in the industry. The firm found an opportunity in Puerto Rico prior to its EC Waste acquisition but found the business was violating U.S. EPA rules through its landfill management.

The firm conducted a market study in Puerto Rico and discovered of the roughly 30 landfills on the island, only a handful were compliant with the rules.

“We identified that Waste Management (WM) and Republic Services, two large US publicly traded companies, each owned or managed two compliant landfills on the island. From there, introduced to the opportunity to buy Waste Management Puerto Rico division and a portion of Alabama operations,” according to Michael Pfeffer, co-founder and managing director of Post Capital.

EC Waste PR was a “corporate orphan” owned by WM, according to Pfeffer.

“Randy moved to [Puerto Rico] the day we closed to focus on streamlining operations, expanding sales efforts and creating awareness regarding the noncompliant “dumps” to both customers and politicians in PR and US, as these dumps are bad for human health and the environment and should be closed,” he said.

He noted the Alabama operations provided an opportunity to grow through acquisition or divest. Post Capital made one add-on but saw bigger opportunity in Puerto Rico, so divested Alabama to Advanced Disposal at “attractive value.”

“The facility helps converts methane, which is bad for the environment into LNG (liquid natural gas) to be used by large corporations in Puerto Rico,” he said.