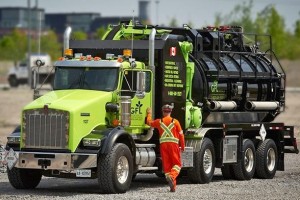 GFL Environmental has closed its $800 million purchase of solid waste business Matrec Services, the company’s largest acquisition to date. It is also this year’s first large-cap Canadian private equity deal, thanks to an international group of investors that accounted for a major share of the deal price.

In a statement, GFL said the deal makes it one of Canada’s largest independent waste management companies, serving about 39,000 commercial and industrial customers and more than 1.7 million households. It also facilitates the company’s entry into the Québec market and Eastern Ontario.

It also made GFL a lot bigger. The company reported a post-acquisition enterprise value of about $2.4 billion, which is more than double the $950 million value reported just over a year ago. 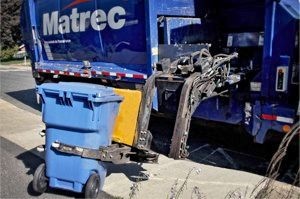 The Matrec acquisition was backed by an equity investment of $458 million. Nearly 86 percent of the amount came from an infrastructure fund managed by Australia’s Macquarie Group. The rest was provided by a consortium led by Highbridge Principal Strategies, a U.S.-based private equity firm affiliated with JP Morgan.

Highbridge is an existing investor in GFL. With the latest equity injection, Highbridge’s stake in the company stands at 45 percent, GFL President and CEO Patrick Dovigi told PE Hub Canada. Macquarie is the second largest investor with about a 30 percent interest.

Dovigi, a former professional hockey player who was drafted by the Edmonton Oilers as a goalie but never made it past the minors, founded GFL in 2007. The company began life as a solid waste services provider in Ontario, but purchases like Matrec have added “scale and density” and expanded its geographic reach, Dovigi said. GFL has made 51 acquisitions so far, giving it a presence in every province in Canada except Prince Edward Island.

Just prior to the Matrec deal’s closing, the company bought Anchor Shoring Group, an excavation and demolition specialist. Dovigi believes Anchor will bring new capabilities to GFL’s infrastructure operation and help it to assume large-scale contracts planned in Ontario.

Dovigi credits PE investors with supporting GFL’s organic and acquisition-led growth over time. They include Canada’s Hawthorn Equity Partners, a GFL founding investor and current shareholder, and Roark Capital Group, which invested in 2010. Roark exited four years later when the company recapitalized and brought on Highbridge.

“It’s much easier to build a great company in a private setting than it is in a public setting,” Dovigi said.

“We plan to follow the same market strategy in the future,” Dovigi said. “Our goal is to double the size of the business over the next five years.”

Highbridge and Hawthorn did not respond to requests for comment.