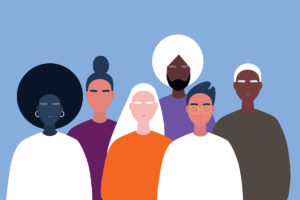 From a gender perspective, there’s a clear imbalance in the front and back offices of PE firms globally.

Among the 127 PE firms surveyed, only 5 percent reported having a front office where at least 50 percent of their employees are women, a slight increase from the 2 percent reported last year, according to the report, released Tuesday. Conversely, 46 percent – an overwhelming higher number of firms – said over half of their back offices are comprised of women, up 5 percent from last year.

Minority representation is low across all firms. Three out of four managers (75 percent) said minorities account for less than 10 percent of their front office staff. Similarly, 60 percent of PE firms revealed minorities hold under 10 percent of positions in their back offices

Overall, larger firms are doing more. Managers with over $15 billion in AUM had greater representation than smaller managers, but “managers of all sizes have a long way to go to increase diversity,” according to the report.

That said, two of the top three talent management priorities for PE firms this year were increasing gender representation (56 percent) and ethnic representation (52 percent). The report indicates a shift in focus to diversity and inclusion initiatives as opposed to employee productivity, which was vastly the top priority (73 percent) last year.

Why the shift in mindset? EY partner Kyle Burrell believes “investors [LPs] want to see diverse firms; there’s a change in expectations.” The women’s movement and the uproar against racial discrimination contributed to the heightened investor pressure, according to Burrell.

Many US-based LPs are searching for ways to exercise their influence when it comes to what is often referred to as diversity, equity and inclusion, or DEI, industry sources recently told Buyouts. What is emerging is the need for action beyond corporate slogans and for clear and accurate measurement of what kind of progress firms are actually making, Buyouts reported on Monday.

About 70 percent of respondents said they have some form of D&I initiatives as part of their firm policy – be it documented or informal. Most of these include improving awareness during the promotion process and inclusivity and bias training. About one out of three managers reported expanding their recruiting to include colleges with a significant amount of diversity.

Another, perhaps more actionable strategy, is to go beyond the typical investment bank- and consultant-driven funnel in which PE firms have historically found their talent by grooming younger talent, Buyouts wrote Tuesday. TPG and Advent International are two such firms taking measures to go outside of that traditional recruitment funnel to improve equity and the makeup of future generations of private equity.

Moreover, “firms are seeing the benefits of that [diversity] as well; it also brings in diversity of thoughts with it,” Burrell said.

Will these efforts translate to real change in the makeup of private equity?

According to Burrell, that’s hard to know. “Some of the initiatives are more immediate but some things like hiring from diverse colleges may take a little longer,” he said.

Other findings from the EY report include views on ESG offerings by PE firms. Of the 72 institutional investors surveyed, almost half expect their ESG investing in private equity and venture capital to increase over the next two to three years.