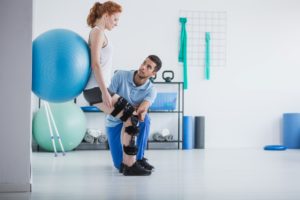 Houlihan Lokey is advising PRN, a Carlsbad, California, network of physical therapy clinics concentrated in the western US, the sources said.

With few available assets of scale in the PT market right now, the process is expected to command significant interest from the PE community, sources said.

Deal books were distributed to potential bidders earlier this week, with PRN marketing EBITDA of approximately $20 million, one of the people said. Pre-process fireside chats occurred in January during the J.P. Morgan Healthcare Conference in San Francisco, another source said.

Based on precedent activity in the physical therapy sector, PRN is likely to trade at an EBITDA multiple of up to 13x, two sources said. That suggests a deal could be valued as high as $260 million.

Broadly speaking, well-run, sizable, sponsor platforms ought to command more than 13x forward pro forma EBITDA, another source recently told PE Hub. For tuck-ins, south of 9x is likely, and for smaller platforms, or those that have had challenges, it’s landing 10-12x, this person said.

PRN, led by CEO Ajay Gupta, has grown its footprint to 125 clinics and 18 local brands across California, Colorado, Idaho, Minnesota, North Dakota, New Mexico, Nevada, Texas and Washington, according to its website.

Silver Oak, a lower-middle-market PE firm based in Evanston, Illinois, led the recapitalization of PRN in April 2012 alongside management and co-investors. Under Silver Oak’s backing, PRN has completed eight acquisitions.

The auction for PRN comes as Gryphon Investors’ Cora Physical Therapy – a prolific buyer in 2019 – readies for a sale.

Jefferies earlier this year was enlisted for financial advice on the upcoming auction, which is expected to kick off in late Q1 or early Q2, sources told PE Hub in January.

PT activity was tepid from a new platform perspective in 2019; however, Partners Group inked a significant equity investment in Confluent Health.

Elsewhere, Revelstoke Capital Partners completed its process of moving Upstream Rehabilitation out of its debut fund and into a newly created vehicle. The total value of the deal is not clear; however, sources previously told Buyouts, a sister publication of PE Hub, that Revelstoke needed up to $1 billion for the deal.

Elsewhere, Advent International’s investment in ATI Physical Therapy is coming up on four years. Other large consolidators worth noting include Athletico, backed by BDT Capital Partners, the secretive Chicago firm that has often invested alongside JAB, the large European family office. BDT bought Athletico from Harvest Partners, also in 2016, on the heels of Advent’s entry into the space.