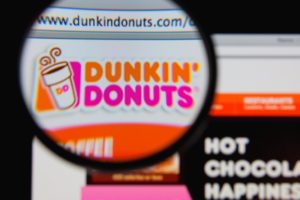 Roark Capital is running a process for more time and capital on several assets out of older funds, including its portfolio company Inspire Brands, which holds a massive portfolio of popular restaurants like Arby’s, Buffalo Wild Wings and Sonic, sources told affiliate title Buyouts.

The GP-led deal is an example of a GP including several assets in a secondaries process that will allow it to hold the investments longer than traditional private equity funds allow. GP-led deals drove secondaries volume to record levels last year, reaching more than an estimated $130 billion.

Roark is working with Evercore on the deal, sources said. A spokesperson for Roark declined to comment.

The deal involves Roark’s first and second funds and includes several assets, including Inspire, sources told Buyouts. Roark formed Inspire Brands in 2018, which has been acquiring popular restaurant brands, including Dunkin’, which it bought in 2020 for $11.3 billion.

Generally in GP-led secondaries, existing investors in the older funds are given the option to either cash out of their interests in the assets, or roll or reinvest in the continuation fund formed to hold the assets.

Roark was formed in 2001 by Neal Aronson to invest in consumer and business services companies, with a focus on franchise and multi-unit organizations. The firm invests in food and restaurants, specialty retail and health and wellness and beauty.

Roark is nearing a final close on its sixth flagship buyout fund on its target of $5 billion, having collected more than $4.6 billion, Buyouts recently reported. Roark Capital Partners V was earning a 1.46x multiple and a 26.6 percent net IRR as of September 2021, according to Oregon Public Employees’ Retirement Fund.

GP-led deals like what Roark is working on represented roughly 51 percent of the about $134 billion of total deal volume in 2021, according to Evercore’s 2021 volume report.