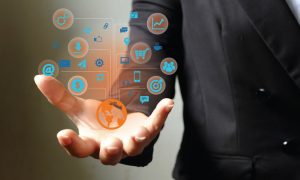 SFW Capital Partners is betting on the rapid growth of device connectivity through its investment in Granite River Labs, the firm’s Ahmad Sheikh told PE Hub.

The firm said Wednesday it completed a majority recapitalization of GRL, a provider of test and certification services for digital connectivity and charging technologies. Co-founders Johnson Tan and Quintin Anderson will continue to lead the business and remain significant shareholders.

SFW, of Rye, New York, sees a long runway of opportunity for GRL as the number of connected devices is seen growing 20 percent to 30 percent annually, including personal consumer devices and industrial electronic devices, explained Sheikh, a partner at the firm.

“That electronic connection needs to be verified and the largest companies in the world depend on companies like GRL to make sure their products will work as their intended right,” he said.

“What’s really exciting about this market is the continued innovation and the continued number of devices that are going to be out there in the marketplace that need to be tested,” Sheikh said.

As 5G and IoT [Internet of Things] converge, billions of connected devices will require edge intelligence and analytics, according to Frost & Sullivan’s recent Digital Test Equipment Study. The need for faster and reliable communication of data will increase, as these devices have intelligence distributed across edge servers, the report noted.

For GRL, the growth of wireless charging technology creates an additional tailwind.

“Wireless charging is a huge driver that we believe over the next several decades is going to drive everything,” Sheikh said. “That’s an example of the kind of innovation that GRL makes sure works when people launch it.”

GRL, which currently has over 200 employees, six state-of-the-art labs and two R&D centers across the globe, also intends on building out its global operations.

“We’re expanding on new lab locations and new service centers into Munich, Germany, Austin, Texas,” Sheikh said. “We are also planning new labs in Vietnam, South Korea and Israel, so we’re going to continue to make this business more mobile and go to where our customers are.”