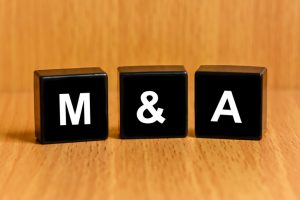 Sponsor-led dealmaking is fueling a record pace of M&A, led by a robust appetite for recession-resilient technology companies as sellers seek liquidity amid amplified multiples, according to senior bankers at UBS Capital.

The M&A pipeline is expected to be especially robust in Q2 and Q3 across industries, with the exception of some real estate, leisure and energy businesses, Marc-Anthony Hourihan, Global Co-Head of M&A at UBS, said.

“We have extremely strong financial sponsors and extremely strong stock market activity. Some privately-held businesses are thinking ‘Should I sell this year and get to market this year because of the perceived increase in taxes?’” he said.

With the S&P trading at or near 52-week highs, the market is seeing a record level of IPO issuance activity, fueled by the continued popularity of SPACs. Q1 marks UBS’s busiest quarter since 2000, Brad Miller, Co-Head of ECM, Americas at UBS, said on the panel.

“[They] are just looking at these multiples and looking at opportunities to find liquidity – that’s really what’s been driving the Q1 activity and what we believe will be a robust Q2.”

Miller cautioned that the forward multiple on the S&P is “looking pricey,” considering the five-year average is around 18x and the next 12 months is currently trading at 22.5x.

According to Miller, 88 percent of deals made year-to-date priced either within or above their ranges. “Deals are getting massively oversubscribed from institutional demand, so there’s been the opportunity to push on price,” he said.

Tech, one of the most active sectors over the past decade – with M&A volumes up 15 percent year-over-year – has only gained more momentum through covid-19. Not surprisingly, tech companies’ valuations are scoring markups as competition amongst buyers remains robust and as tech assets prove their resiliency.

In fact, sponsors make up about half of all tech transactions, which shows that the private equity proportion of the market has grown dramatically over the last decade, Jason Auerbach, Global Co-Head of TMT, said.

More popular among sponsors has become partial stake sales of tech assets, whether that’s the sale of a minority position or half of the company. Instead of exiting stakes completely, more private equity sellers are finding value in retaining ownership of their most prized assets for longer hold periods, a trend continuously explored by Buyouts.

“Partial recaps happen all the time, and it’s a positive trend,” Auerbach said.

“The seller gets liquidity and a markup, and the buyer knows the seller has real skin in the game in a partial recap type situation,” he said.

In software, specifically, the superiority of the business model was demonstrated in a very tangible way during the covid timeframe, Auerbach added.

What also “fueled the fire” was the need for better software solutions to enable the remote work processes across all industries, he said.

“The current work-from-home environment has shown a bright light on where there are issues with IT infrastructure systems on an individual basis,” Auerbach said.

“We all had a front-row seat and saw how difficult some IT systems are, whether it’s the systems that we use to connect remotely, systems for distanced learning, healthcare IT systems, security, etc.”