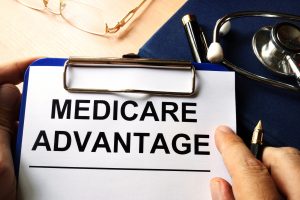 The transaction provides an exit for Gauge Capital, a Dallas mid-market firm that made a majority investment in MBMG in January 2017.

While Sun Capital declined to comment on terms of the transaction, sources with knowledge of the matter said the sale commanded a valuation in the mid-$500 million range. PE Hub originally wrote in October that MBMG, in the late stages of a sponsor-focused sale process, marketed EBITDA of approximately $40 million.

In addition to its 19 centers across Florida, the company has contracted relationships with 10 health plans and operates a management services organization with 74 independent physicians serving more than 1,750 Medicare Advantage patients.

“Everyone would agree this is just a better way to do healthcare,” said Dan Florian, who led the firm’s investment in MBMG alongside principal Stephen Cella, with support of the Sun Capital co-CEOS and investment committee.

“On one end, you’re saving the government [payers] money and on the other end you’re keeping patients healthier,” the managing director continued, adding that doctors are also incentivized to keep patients healthy. “That’s the keystone of this investment.”

The growth opportunity ahead is vast, as Florida today is the second-largest Medicare Advantage market by enrollment in the country. There is significant opportunity to grow by filling out regions within Florida and converting existing Medicare patients to MBMG’s Medicare Advantage plan. “We think we can stay in Florida and still meet all our objectives,” although growth beyond Florida is not out of the question, Florian said.

With existing investments in consumer facing healthcare segments including dermatology and dental – via West Dermatology and Simply Beautiful Smiles, respectively – MBMG extends its portfolio into a more complex vertical of healthcare.

Further, the private equity shop has been busy as of late, with MBMG coming on the heels of Sun Capital’s sale of ClearChoice Management Services – its first investment since launching a new and reformed healthcare initiative in the 2015-16 time-frame.

Broadly speaking, the primary care universe in which MBMG plays has emerged as an increasingly hot area of investment this year – with some sources characterizing the last month or two as “an inflection point” in the segment.

On Tuesday, Arsenal Capital Partners announced that it has acquired Best Value Healthcare in partnership with its founders, which sources said preempted a Guggenheim-run process. The primary care platform focuses on Medicare Advantage and operates in Central and South Florida. Macquarie Capital advised Arsenal on the deal, an announcement said.

Backed by InTandem Capital Partners, the primary care provider just a few weeks earlier had received final round bids from a narrow group of parties including large buyout funds and pension funds, PE Hub wrote. A private equity outcome was anticipated to produce a deal valued between $1 billion to $2 billion – significantly below Cano’s ultimate outcome.