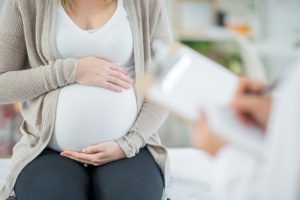 As assets in the growing women’s health market continue to command robust valuations, another deal in the sector is brewing, according to three sources familiar with the process.

Sverica Capital is exploring options for Women’s Health USA (WHUSA) nearly four years into its investment, according to three people familiar with the process.

A process for WHUSA is in its second round with some 10 parties in the mix, one person said. Another person said Sverica isn’t seeking a full exit, but is looking to expand the capital base and bring in a new majority investor.

Cain Brothers is running the process, the people said.

The Avon, Connecticut-based company is marketing pro forma adjusted EBITDA in the mid to high $20 million range, although actual EBITDA is closer to the high-teens to low $20 millions, some of the people said.

Participants in the process are likely to factor in the integration work and business building that WHUSA still requires. The company also does not currently have a CEO, but does have other executives including two division presidents, one which is general counsel, a CFO and CMO.

Sverica, a Boston-based lower-mid-market private equity firm, acquired a majority interest in WHUSA in August 2017. The deal was its fourth investment from Fund IV, a $275 million vehicle.

Sverica in 2019 completed the spinout of In Vitro Sciences (IVS) from WHUSA, creating a new independent platform that operates a network of fertility clinics across the US. The firm simultaneously backed IVS’s acquisition of Advanced Fertility Care, a Phoenix-based fertility clinic.

Women’s health is viewed as a long-term play on both primary care, which presents a big opportunity around referrals to other specialties, and value-based models of reimbursement. For example, obstetrics is a discrete episode of care, creating an opportunity to share risk and savings with payers, sources have told PE Hub.

Recent trades in the women’s health arena have commanded mid-to-high multiples of EBITDA.

The PE-backed platform is acquiring CCRM from TA Associates in a transaction, which, according to Moody’s, totals $775 million, including about $430 million of equity.

All three PE firms declined to comment on the deal and a formal announcement has not been made, but sources previously told PE Hub that TA’s CCRM was in the market via Harris Williams, marketing some $50 million in EBITDA. It’s possible the deal was valued off of a lower EBITDA figure, pushing the multiple higher, some of the people said.

Altas, a long-life investor which picks only one or two companies for acquisition per year, about six months ago became the largest investor in Unified in one of few scale physician practice management deals of 2020. Los Angeles-based Ares, whose original investment dates to January 2013, retained a significant minority, writing a sizeable new equity check, PE Hub wrote.

The deal valued Unified between $1.5 billion and $1.6 billion, sources said.

In other recent activity, Partners Group in May bought a majority stake in Axia Women’s Health, another provider of non-clinical services in the women’s healthcare market. The deal provided an exit for Audax Private Equity, concluding a Moelis run sale process.

Axia was valued a little under $800 million, sources told PE Hub, which implied a high teens multiple of its around $40 million of EBITDA.

Sverica, Cain Brothers and the company did not return PE Hub‘s requests for comment.