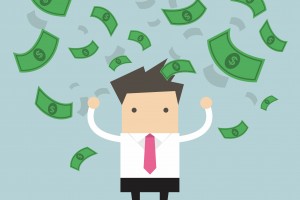 TA Associates is expected to make over 7x its money with the sale of DigiCert Inc, sources said.

Announced in August, Thoma Bravo LLC closed its buy of DigiCert on Wednesday, October 21, two persons said. Financial terms weren’t announced, but the deal was valued in “the $700 millions,” one of the sources said. The transaction includes $345 million of debt, Standard & Poor’s said in a September note.

With the acquisition, Thoma Bravo now owns a majority of DigiCert. TA retained a minority stake, an August statement said. Lehi, Utah-based DigiCert provides digital certificates to over 115,000 customers in more than 180 countries. Its SSL Certificates are used to create “a secure encrypted connection between a browser (user’s computer) and a server (website),” protecting the exchange of sensitive data, such as credit card information, according to DigiCert’s website.

TA’s investment in DigiCert dates back to December 2012 when the private equity firm acquired a majority of the company. TA used its 11th private equity fund to invest in DigiCert, an FTC filing said. TA XI LP, which raised $4 billion in 2009, produced a 17.34 percent IRR as of March 31, CalSTRS said.

Executives for TA and Jefferies declined comment. DigiCert referred questions to its statement from August. Thoma Bravo could not be reached for comment.

Thoma Bravo is currently premarketing its 12th flagship vehicle, which is targeting $5 billion to $7 billion, Buyouts magazine reported earlier this month. The private equity firm is also wrapping up fundraising on its debut middle market fund, Buyouts said. Thoma Bravo Fund XI closed on $3.65 billion in May 2014. The very young fund is producing a -1.95 percent IRR since inception as of March 31, according to the California State Teachers’ Retirement System.