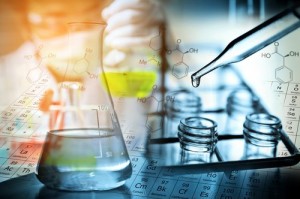 Therapure is seeking about $130 million, according to an IPO prospectus amended earlier this month. That’s up from the $100 million it was reportedly seeking when the company filed with Canadian regulators last November.

The offering includes a secondary sale by Catalyst, which holds about 97 percent of Therapure’s outstanding common shares.

Priced at between $11 and $13 per share, the issue is expected to provide Therapure with about $80 million in gross proceeds, and Catalyst with about $50 million. GMP Securities, CIBC World Markets and National Bank Financial are the joint bookrunners.

Mississauga, Ontario-based Therapure is a maker of complex biotherapeutics, and a developer, maker and seller of its own blood and plasma-related therapeutic products. It was established in 2008 by Catalyst, which has backed subsequent growth with “substantial investment,” the company’s website said.

Therapure is chaired by Gabriel de Alba, a Catalyst managing director and partner.

The company has posted strong revenue gains in recent years, reflected in a compound annual growth rate of about 50 percent since 2010, according to its prospectus. Revenue totaled about $29.5 million in the first nine months of 2015, its most recent reporting period, up 53 percent year over year.

Therapure aims to build on this growth by using the IPO’s proceeds to expand manufacturing capacity and advance its therapeutic biologics business.

Catalyst did not respond to a request for comment.

Therapure’s IPO is the first this year by a Canadian private equity-owned company. It follows a comparatively busy period for PE-backed IPOs and other going-public transactions in 2015, which saw prominent issues by Sleep Country Canada, Stingray Digital and TMAC Resources, among others.

Conditions in public markets have become more volatile of late due to a weaker economy, commodity price declines, and other factors. This may pose challenges for Therapure’s IPO, which is set to close in early February.

Catalyst has been mulling a second IPO for Gateway Casinos & Entertainment, Bloomberg reported last year. Based in Burnaby, British Columbia, Gateway is a diversified gaming company.