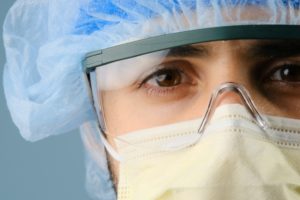 TPG Growth is exploring the sale of Medical Solutions, a growing travel-nurse staffing company, according to three sources familiar with the matter.

The company is set to market EBITDA north of $150 million, sources said, indicating significant growth under TPG Growth over the last three-and-a-half years.

In a transaction completed in June 2017, the growth capital arm of TPG acquired Medical Solutions at an approximately $500 million value, according to previous media reports. At the time, EBITDA was roughly $50 million, one source said.

Under TPG Growth, which bought a majority stake from Beecken Petty O’Keefe, a transformative M&A playbook has helped fuel growth in the business.

The company in October 2019 acquired Omaha staffing and recruitment firm C&A Industries on the heels of its 2018 acquisition of PPR Talent Management Group.

With its acquisition of C&A, Medical Solutions grew from a $500 million to a $1 billion-plus company, expanding its market share and diversifying into the allied health space as well as into non-clinical staffing, an August 2020 press release said. Medical Solutions’ compound annual growth rate was 20 percent over the past five years, the announcement said.

Accounting for its M&A playbook and future growth opportunity, the process aims to produce an EBITDA multiple above the trading level of the asset’s publicly traded peer, AMN Healthcare Services, one of the sources said. AMN’s TEV-to-EBITDA ratio has hovered upward of 14x as of late, according to Capital IQ.

In contrast to AMN, mid-size healthcare staffing platforms have traditionally traded hands at around the 10x to 11x EBITDA multiple range, another source noted.

Temporary nurse staffing has historically seen its ups and downs through economic cycles – with Medical Solutions readying for a potential sale as the broader sector experiences a boost.

When hospital utilization is booming – as seen through the covid period – that lends to growing demand for temporary nurse staffing, while also leading to inflation in day rates for nurses, one source noted.

Simply put, investing behind nurse staffing is a macro bet on the aging population and how much will be done within hospitals. During periods of economic dislocation, the supply of temporary nurses may increase as more people enter the workforce and individual nurses work longer hours. Whereas physicians are revenue generators, temporary nurses are a hospital expense and hence make for a more cyclical market, the source explained.

Representatives TPG Growth, Goldman Sachs and Evercore declined to comment. The company did not return PE Hub’s request for comment.