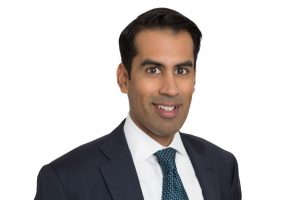 True to its word, post-acute-care software company WellSky is carving out AllScript’s CarePort in a $1.35 billion deal, just a few months after Leonard Green & Partners joined TPG Capital as an investor in the healthcare technology consolidator.

“One of the big reasons we brought in a new partner was to enable us to go bigger from an M&A standpoint than we could do on our own,” Nehal Raj, partner at TPG, said.

CarePort, if not its top target, was one of two top deals of scale that TPG and WellSky had proactively identified, according to Raj. “We’ve been coveting CarePort for a while now.”

William Blair and Goldman Sachs advised AllScripts on the divestiture process, which one source said drew other contenders including Hearst, which operates Hearst Health. A Hearst spokesperson didn’t immediately return a request for comment.

For WellSky, it was only a little more than three months ago that LGP joined TPG as an investor in a deal that valued the company at $3 billion-plus – or a more than 20x EBITDA, sources told PE Hub at the time. TPG, approaching four years into its investment, and LGP now hold 50 percent stakes in the company.

Bill Miller, CEO of WellSky, told PE Hub in July that the new capital would allow the Software-as-a-Service company to pick up its pace of innovation.

When TPG built WellSky, a big part of the strategy was to build a software platform that serves the broader post-acute-care waterfront, Raj said. “Historically, the post-acute side has been a black box. There’s [was] not a consistent EMR [electronic medical record] that works across these settings of care.”

Addressing that need and opportunity was what Raj characterized as ‘version 1.0’ of WellSky. ‘Version 2.0,’ he said, is all about stitching that together and adding value and analytics on top of that.

In buying CarePort, the company is able to manage the discharge process from the acute-care setting into the post-acute-care setting. In other words, the new technology will give healthcare payers visibility as patients move from one care setting to the next, Raj explained.

“We own these post-acute markets – mini verticals that historically have not talked to each other very much,” Raj said. This technology, combined with what we’re building on our side, will be a through line.”

“We can track that patient’s process out of the hospital, [and] help decide through analytics what is the best next setting. … And then, when he or she is in any one of these settings, we can then track their progress.”

WellSky was a collaboration between TPG’s software and healthcare teams, with Jeff Rhodes, partner and co-head of the healthcare group, co-leading the deal alongside Raj.

Broadly speaking, Raj said, the two sectors that have benefited the most during covid have been software and healthcare.

“The combination of the two has probably been the whitest hot area – combining all the digital transformation that software enables with the end market of healthcare that’s going through change. That explains the deal flow a bit, explains the high multiples.”

In other notable HCIT activity this summer, ICONIQ Capital joined Francisco Partners as an investor in QGenda, valuing the healthcare workforce-management company at $1.05 billion, sources familiar with the transaction told PE Hub at the time.

Looking ahead, Raj said he expects there will be a lot more consolidation as the winners and losers in healthcare IT start to become more distinct. “The winners are becoming more active.”

Update: This report has been updated to clarify one of Raj’s quotes.