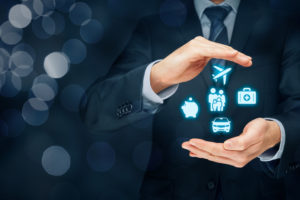 TPG’s Tech Adjacencies has injected a more than $100 million growth investment in EIS, a company positioned to benefit as insurance companies accelerate their digital transformation in the post-covid environment, the parties told PE Hub.

According to TPG partner Nehal Raj, whose team previously led deals in insurance software providers Vertafore and CCC Information Services, there has never been a more opportune time to invest in the insurtech sector.

“I think covid-19 created additional urgency for digital transformation across many industries,” Raj said. “We see this in insurance, where companies are accelerating their investment in software and IT to better serve the evolving habits of their customers.”

The insurance sector is one of the largest end-markets globally and in the US, and it is also probably one that is most behind in terms of having modern software and cloud-based technologies, the investor said.

With the new digital-first demographic increasingly becoming a large force behind the global customer base, insurance carriers have no choice but modernize too, Raj said.

“We think that insurance carriers need to adapt to keep up with a demographic that’s increasingly digital first,” the investor said.

“Their customers are asking for this, and in order for them to compete more effectively they need to transform themselves with modern technology,” he said.

EIS, based in San Francisco, is an open, flexible platform of core systems and digital technologies that provide insurers with an ability to accelerate and scale innovation, launch products faster, deliver new revenue channels, and create powerful customer experiences.

The company is led by Alec Miloslavsky, who earlier in his career co-founded Genesys Telecommunications Laboratories. Miloslavsky helped lead Genesys through a successful IPO and its subsequent sale to Alcatel for $1.9 billion.

According to Miloslavsky, EIS has the most advanced solution in any competitive situation.

“Typically, the way we differentiate is by the speed of deployment and computations, the cloud-native platform, the superior user experience for customers, and the ability to execute challenging things quickly,” Miloslavsky said.

Despite launching some of its global practices in covid, the company has seen its business take off in the UK, continental Europe, and Asia Pacific. It now plans to double down on growth in those regions, the CEO said.

“We’re looking forward to fueling our growth in those geographies as well as the established market in the North America,” Miloslavsky said.

EIS, which has grown only organically until now, is looking to consolidate the market through strategic acquisitions and will carefully evaluate opportunities for M&A, according to TPG’s Raj.

“Going forward, we will be thinking through how to best use M&A to augment and support the organic growth that EIS already has,” Raj said.

TPG won’t roll up just any asset, avoiding the risks of becoming a ‘Frankenstein company’: “We do see opportunities for M&A, though it’s something we will want to be selective and strategic about,” Raj said.