Tracey McVicar, recently installed as head of CAI Capital Management, is overseeing a period of change at the Canadian private equity firm, including the launch of a new fund and CAI’s first platform investment since 2013.

McVicar, a managing partner and 13-year firm veteran, took charge of her new responsibilities this month.

With the management change, CAI joins a small club of private equity firms led by women. Female representation in the industry’s senior ranks has been limited historically, with women occupying roughly one in 10 leadership positions in North American firms.

McVicar told PE Hub Canada she is “honoured and humbled” by the appointment and aware there are “lots of eyes” watching her. However, she feels confident in the role and ready to apply lessons learned at the side of CAI’s founding partners.

The experience will come in handy as McVicar drives several new initiatives in the months ahead.

They include the launch of Firethorn Capital Partners LP, the first in a new series of CAI funds. Firethorn, which held an initial close earlier in November, is being marketed to high net-worth individuals, family offices, and small-sized institutional investors.

McVicar said the changed focus owes to a perceived opportunity in smaller LPs interested in private equity, but not always able to access it.

“We are responding to growing demand from individual and small institutional investors frustrated with highly valued, volatile public markets,” she said. “They see the superior risk-return profile of private equity, but find it hard to access the right fund products.”

McVicar declined to disclose Firethorn’s fundraising target, but noted that its size will align with the fund’s deal strategy. 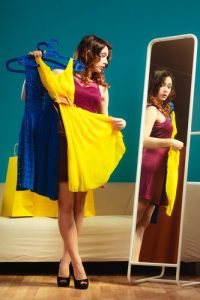 Firethorn will invest in lower mid-market companies able to generate between $5 million and $15 million in EBITDA. These will generally be businesses owned by families or founders, many of whom want to resolve pressing succession issues.

Firethorn’s debut investment, made after the fund’s initial close, fits these parameters exactly.

Firethorn invested in White House Design, a Canadian designer, manufacturer and wholesaler of women’s clothing. Its founder, Jan Stimpson, an award-winning entrepreneur and designer of the Sympli fashion line, sold a majority interest to the fund, but stayed on as a director and consultant.

McVicar sees great promise in the company: “Jan built White House with exceptional margins for the wholesale clothing industry. With more than 750 independent retailers, she did it mostly door-by-door and without relying on online sales.”

White House’s future growth will emphasize geographic diversification and a sales and marketing strategy that embraces digital opportunities, she said.

White House is CAI’s first platform investment since 2013, when it invested in GeoStabilization International (GSI), a geo-hazard mitigation specialist.

Since 1989, CAI has invested more than $1.4 billion in some 26 companies. The current portfolio comprises seven companies, including White House and GSI.

McVicar’s investment team, which operates from offices in Vancouver and New York, includes Restler and Partner Curtis Johansson, who joined the firm in 2006.

McVicar also has a top-notch advisory committee chaired by Doug Pearce, the former CEO and CIO of British Columbia Investment Management Corp (bcIMC). One of the global market’s largest LPs, bcIMC was an anchor investor in CAI’s earliest funds.

Photo of woman shopping for clothes courtesy of Shutterstock