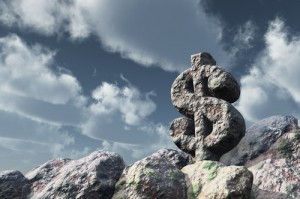 Cody Church, co-founder and senior managing director of TriWest Capital, said Fund V was “substantially oversubscribed,” with commitments coming from a mix of new and existing LPs, most of them Canadian and U.S.-based institutional investors.

The firm’s latest partnership was wrapped up after five months of fundraising. It is the largest fund raised in TriWest Capital’s 17-year history, exceeding by 43 percent the $350 million secured by TriWest Capital Partners Fund IV LP (2012). As a result, the firm now manages $1.2 billion of committed capital.

Church expressed gratitude for the support shown by LPs in TriWest Capital and its team of 11 investment professionals. He added that Fund V’s larger sized capital pool will not change the firm’s long-standing investment focus.

“Five hundred million was as large as we could get and continue to stick with the market focus that we have observed since our founding,” he said.

TriWest Capital typically partners with managers of companies showing operating earnings/EBITDA in the range of $10 million to $50 million or higher. Opportunities are sought in a wide range of industries, including services, manufacturing and distribution, but excluding natural resources, real estate and technology.

The raising of Fund V was concurrent with an active period of deal making for TriWest Capital. Last year, the firm disclosed five new platform investments. They included last September’s acquisition of Broda Group, a Saskatchewan-based provider of heavy construction services that was spun out of Stuart Olson.

TriWest Capital also acquired a majority interest in movie exhibition chain Landmark Cinemas and invested in its asset purchase from Empire Theatres. It also led the buyout of NSCG Crane & Heavy Haul Corp, which has gone on to complete two add-on acquisitions.

The firm also exited three portfolio companies in 2014, the sales of which had a combined enterprise value of almost $1 billion, said Church.

The highest profile was the sale of Gardewine Group, a Winnipeg-based transportation logistics provider backed by TriWest Capital since 2008. It was bought by Mullen Group in an all-cash transaction valued at $172 million.

TriWest Capital’s recent investment activity was led by Fund IV, which is almost fully invested. Fund V will be the flagship for sourcing new opportunities, which Church said will happen in a more challenging deal environment due to lower oil prices, which have broadly impacted the market in Western Canada.

“While TriWest Capital focuses on non-energy deal flow, we think it’s important to be cautious in where and how we deploy capital at the moment,” he said. “We nonetheless believe there are acquisition opportunities available and some great companies that will need capital.”

Church said this combination of operational and financial experience is a hallmark of TriWest Capital. Over the years, the firm has expanded core competencies with such senior hires as Jeff Belford, formerly the CFO of Swiss Water Decaffeinated Coffee; Mick MacBean, formerly the CEO of Diamond Energy Services; and Norm Rokosh, who has headed a number of businesses, including Stuart Olson.

Based in Calgary, TriWest Capital has since inception invested in 32 companies, 20 of which have exited.

Photo of dollar sign on mountain top courtesy of Shutterstock