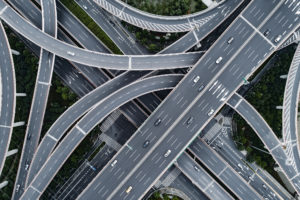 “It’s early days, but we feel like we are off to a good start, and as we compare our progress relative to our business plan, we are ahead,” said Sanner. “We have built this story around the idea of creating a functional family of companies, and that is really well received.”

The American Society of Civil Engineers rated infrastructure across the US a C- overall in 2021, highlighting the need to revamp most of the old infrastructure. Among other factors, Alpine is banking on recent federal legislation to create more opportunities for Trilon’s growth.

The five deals include DRMP, a multi-discipline civil engineering and surveying firm headquartered in Orlando, Florida, that has expertise in transportation infrastructure. It was acquired in May with ESI, an engineering and architectural consulting services firm headquartered in Naperville, Illinois. DRMP and ESI will continue to operate independently under their existing brands.

Trilon said it is focusing on growth from cross-selling within the family of companies. This will help establish common systems, processes and culture to more seamlessly and efficiently leverage the capabilities of the broader group, the executives said.

Alpine is expecting a longer hold period of between seven and 10 years. It is also adding flexibility amongst its target companies, especially founder-led ones, so that they enjoy some autonomy. According to Sanner, this has proved very attractive in the market. “We are not going to force things from the corporate Ivory Tower,” he said.

Alpine is ambitiously aiming higher along horizontal infrastructure; in sectors such as transportation, water, energy and environmental consulting.

“We are probably going to have four or five platform companies that lead a market and then other firms will tuck into those other platform businesses,” Renshaw said. “We believe that will enable us to grow faster than our peers, because we can support the leadership teams of those platforms to grow, expand and build their own capabilities in M&A.”

Even though the world is navigating a tight macroeconomic environment, Renshaw is upbeat that demand for Trilon’s services will remain elevated. “Where there is uncertainty in the stock market right now or some uncertainty in the geopolitical environment, experience shows, anytime the US economy struggles, the government tries to stimulate it by investing in infrastructure, because you get a multiple return on the economic benefits to the communities in which we serve.”

Compared with other markets, infrastructure consulting has some strong tailwinds in a border economic market, Renshaw said. “From our side, the biggest issue that we face now is how to ramp up and be able to support our clients with increasing demand.”

In supporting growth, Trilon is also boosting its technology prowess by deploying AI, machine learning and data analytics. “We have got a partner that can help us better understand and use those tools to disrupt the market,” Renshaw said.

The platform is investing in talent acquisition too.

“Not only do we need to be very close to universities and be involved in finding and advancing talent, but we are also looking at how we can actually disrupt our approach to project management within these firms,” added Renshaw.

With the pace at which Trilon is moving, Sanner said Alpine will likely have a wide range of exit opportunities.

“A larger private equity fund could be a viable alternative,” he said. “We are starting to get to a size and scale where we could consider potentially the public markets as an exit opportunity. We are just getting started, but if we deliver against that plan, we’ll be in good shape on the exit front.”